A group of hihi that were reintroduced to a scenic reserve in Taranaki are loving their new home. 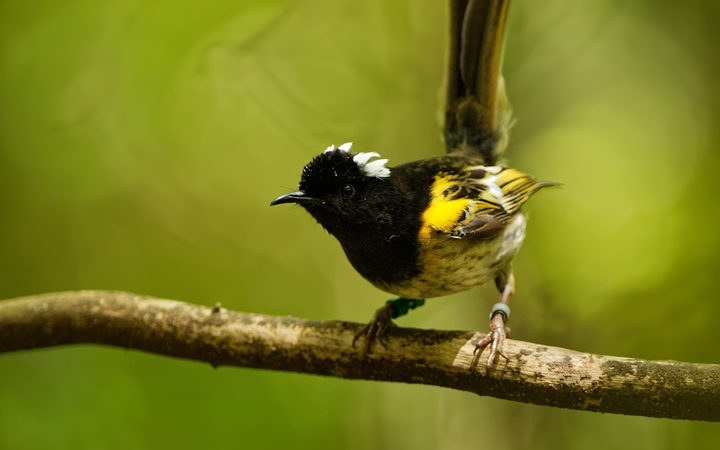 Shortly after the birds were reintroduced Rotokare Scenic Reserve in 2017, remote devices recorded a number of happy hihi calls.

John Ewen, Senior Research Fellow at ZSL’s (Zoological Society of London) Institute of Zoology ,who studied the recordings, said the calls meant reintroduction was successful, and the birds were settled in their new surroundings.

He said it was often difficult to measure the success of reintroduction programmes, which made this finding very exciting.

Physically monitoring animals in the field or fitting them with radio-trackers could be invasive, he said, and had the potential to influence bird behaviour.

Using acoustic recording devices allowed Dr Ewen and his team to remotely monitor the hihi in a non-invasive way.

He said any kind of bird transition could be fraught with unknowns, and carried a huge responsibility for the new minders.

Mr Collins said he hoped the hihi population would establish and thrive in the reserve, and later, throughout New Zealand.

He said the hihi population at Rotokare were just one of seven in the whole world.

The hihi is one of New Zealand's rarest birds, and until this reintroduction has not been seen in Taranaki for more than 130 years.