A mother was outraged with the way the Cancer Society handled her complaint about its sunscreen, after her son was left burnt and blistering. 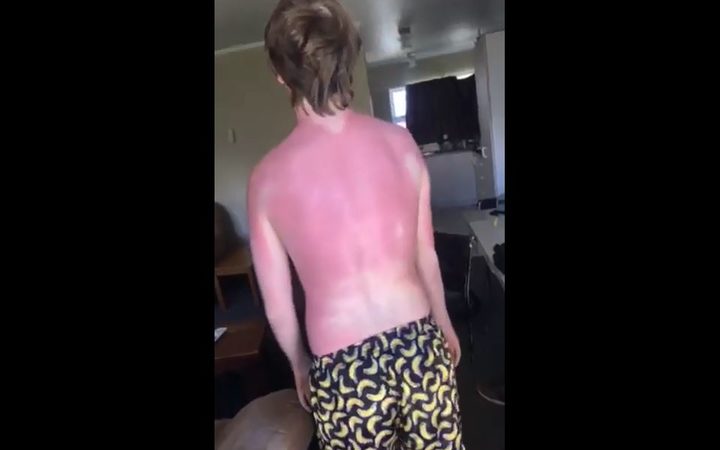 Te Kuiti resident Margaret says her son has spent a week and a half in agony after being sunburnt despite using sunscreen. Photo: Supplied

It is one of five cases of severe sunburn that have been reported to the organisation over the last few weeks, including two in which a four-month-old baby and an eight-month-old baby have been badly burnt.

Te Kuiti resident Margaret, who did not want her last name used, said her son has spent the last week and a half in agony after applying the Cancer Society's SPF 50 plus sunscreen spray and spending just one hour in the sun at Raglan beach.

She was appalled with the way the Cancer Society handled her complaint after sharing her son's experience with them. It was the first negative experience she had had with the brand.

"It's a bit of a slap in the face," she said. "Basically the email said maybe my son was allergic to the sun or maybe it was the way he had applied the sunscreen.

"They took no responsibility for the problem." 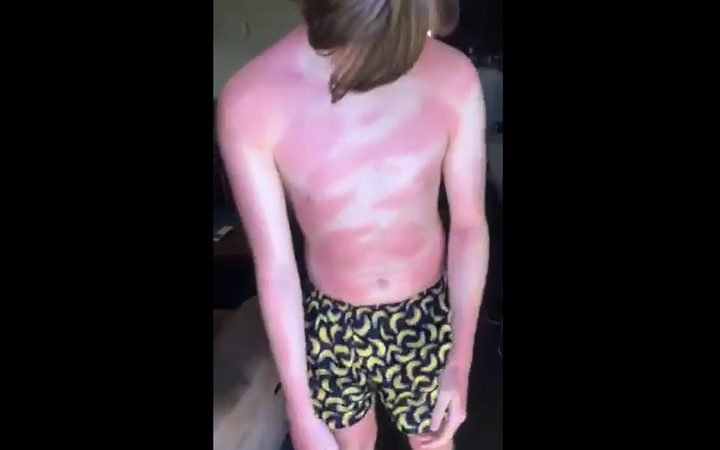 Margaret says she is appalled with the way the Cancer Society handled her complaint about their sunscreen product. Photo: Supplied

She was offered another sunscreen product and was invited to take her complaint further - a process which could take up to six weeks.

"They need to get that stuff off the shelf until they can prove that it's safe," she said. "If they believe in their product that much, they will stand up and they will acknowledge there are problems."

However, the Cancer Society is adamant its sunscreen is up to standard.

"It is manufactured in Australia under very strict processes and protocols," he said. "And manufacturers are hauled over the coals if they are not continuing to meet those."

Mr Kernaghan empathised with complainants and said he was working with each of them to try and resolve the matters.

Consumer NZ chief executive Sue Chetwin said while the Cancer Society tested its sunscreens to the Australian-New Zealand Standard, it does not test its formulations every year.

"We reckon the Cancer Society should be at the very highest level of testing their sunscreens and in some cases they're not," she said.

She said her concern lay in New Zealand's classing of sunscreen products as cosmetics, meaning they did not have to meet particular quality standards.

"With New Zealand's very high melanoma rates, we are concerned that people are being misled into thinking their sunscreen's safe when they may or may not be."

Consumer NZ has tested the brand's sunscreen products itself and is expecting the results to be returned in the next few days.

Mr Kernaghan said the Cancer Society received about 60 complaints each year, so the 30 it had received so far this season were not out of the ordinary.

"Being sun smart is not just about putting sunscreen on."

Ms Chetwin said sunblock was a "last line of defence" and also advised that other precautions should be taken to protect skin wherever possible.