The lack of a government agency to oversee how campervans are gaining their self-contained status has the New Zealand Motor Caravan Association worried. 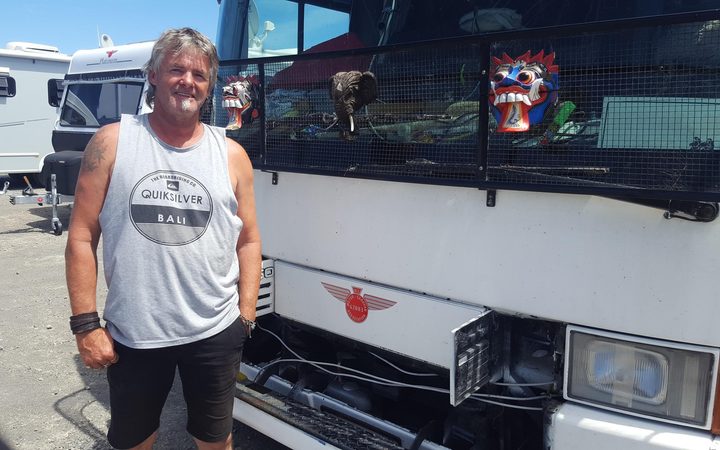 Dave Woods, who had his former tour bus parked up at the NZ Motor Caravan Association's lot in Bell Block, says he had to jump through hoops to have it certified. Photo: RNZ / Robin Martin

Councils around the country have been cracking down on freedom campers to stop trash and human waste being dumped at popular spots, which often means limiting access for those without a toilet on board.

But the country's biggest motor home group is warning that not all supposedly self-contained campers are up to scratch.

It wants a loophole in the unregulated certification process plugged as soon as possible.

To be eligible for self-contained status, any vehicle being used for accommodation has to meet a New Zealand Standard stipulating it has adequate fresh water, a sink, wastewater tank and a toilet, among other criteria.

Any plumber, gasfitter or drainlayer can check a camper and certify such vehicles as meeting the standard, as long as they are registered as an issuing authority.

New Zealand Caravan Association policy manager James Imlach said the Ministry for the Environment used to regulate the sector but gave up the role in 2012.

"And since then there's been no governing body or no regulatory body overseeing the application and interpretation of the standard. We've been quite vocal in our dismay with that decision and we've pushed really hard for a government agency to be re-established into that administering authority position."

"You know, we just don't have the resources to be able to certify all of the little vans that a lot of international tourists want to purchase and fit out. And to be honest we don't believe many of the designs are suitable for certification and we're refusing quite a few of them."

Mr Imlach said because there was no overarching regulator, it was possible those vehicles could still get self-contained status from another issuing authority.

Dave Woods had his former tour bus parked up at the association's lot in Bell Block. He said he had to jump through the hoops to get it registered as self-contained.

"When all our water tanks etc are put in, and the toilet sinks etc, you have to get a certifying officer to come along and look at it all to make sure you have s-traps under the sinks and you've got the right size outlets for dumping etc." 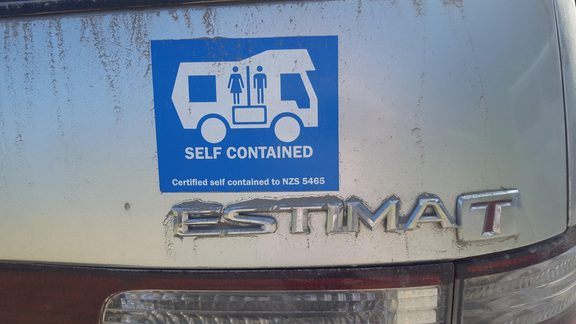 Mr Woods said he was issued with a certificate to display in the front windscreen.

The caravan association was also warning local authorities that bumper stickers indicating vehicles are self-contained have to be treated with scepticism.

Mr Imlach said they have been available over the internet and compliance officers needed to check the windscreen certificates and if in doubt ask to see inspection papers which the vehicle owners should be able to supply.

In Taranaki yesterday all the converted people-movers and vans RNZ spotted had a certificate displayed.

French tourist Emma Devienne said she had been warned about fake bumper stickers. 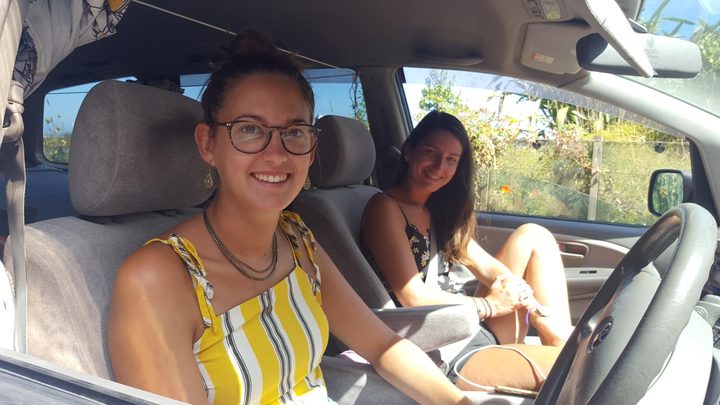 "Yeah we heard about that, but we had them both on the front and the back and we supposed it was okay. We think they're real."

The government is working to re-establish a regulator to police the issuing of self-contained status to camping vehicles, after a Ministry of Tourism working group recommended the move last year.