Authorities in Central Otago have introduced a new regime to tackle freedom campers as "a small city" of visitors descends on the area. 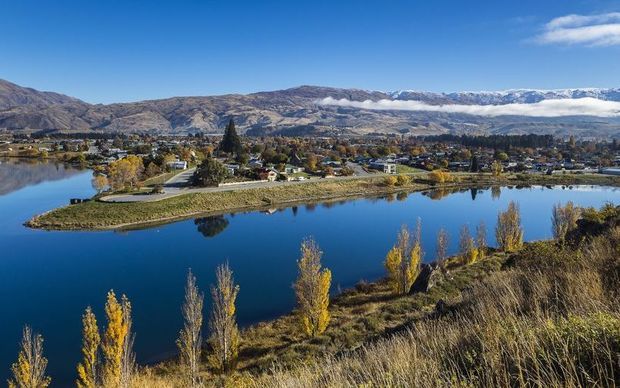 The number of campers at Lake Dunston has increased markedly over the last five years. Photo: RNZ

Self-contained vehicles are a must at most camping sites in the area and a three-day maximum stay is being enforced.

LINZ deputy chief executive for crown property Jerome Sheppard said the new approach was in response to a massive increase in visitor numbers.

"We're at the moment getting about a tonne of rubbish off the sites a week," he said.

"And we're estimating over the summer period we're going to have about 33,000 vehicles on our sites. They're reasonably significant numbers.

"That's a small city coming in over the summer period, so we want to make sure we do our job and we support the local community in managing those sites."

The response from visitors and locals had been "very good" so far.

A key change had been support from orchadists and vineyards, whose seasonal workers had used LINZ and district council sites as their accommodation in the past.

"Seasonal accommodation is an issue right across our orchard areas in New Zealand, but to date we've had great support from the orchadists," Mr Sheppard said.

The sites were unable to cope with the numbers arriving in recent years, as visitors to the area swelled.

"The impact of tourism is quite significant. If you went back around Lake Dunstan say five years ago you would see reasonable numbers of vehicles - but quite modest numbers compared to what we get today.

"It became an issue of impact. The number of tourists combined with seasonal workers meant that the impact on the environment and on the sites - such as noise - became too great and we had to do something about it."

Security workers had been hired to monitor the sites and would be ensuring compliance with the rules.