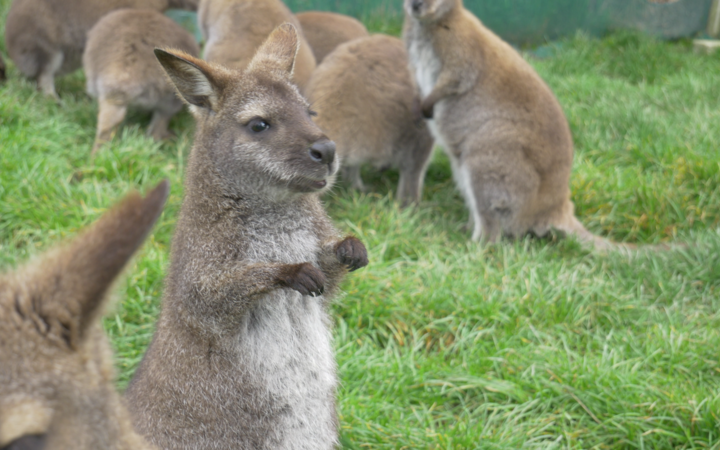 A business case has been submitted to the Treasury as part of a collaboration between regional councils, government and crown research agencies in the last couple of weeks.

"It's been estimated wallabies could occupy up to a third of New Zealand within 50 years so if nothing's done to stop the spread, wallabies have the potential to be the possum problem of the 21st century," Mr Fairweather said.

The pests could cause significant damage to farming and conservation land, which could be incredibly costly, he said.

"It's been estimated that wallabies cause approximately $28 million of economic damage every year, and at this current rates of spread, it's going to go up to $84 million in the next 10 years," Mr Fairweather said.

Wallabies could no longer be considered a North or South Island regional issue, they were a national problem, he said.

Mr Fairweather couldn't give a figure for the multi-million dollar funding pitch, but he said that if the group was successful in eradicating some satellite breeding populations and developing tools to limit the spread, they would make a bid for more funding.

It's a four-year proposal, which includes plans to develop military-grade thermal imaging to find wallabies in dense forest and bush.

"A man with a trained dog is currently the most high-performing in terms of finding wallabies, but clearly that type of activity is not going to deliver the outcomes," Mr Sullivan said.

"The coverage that a person can undertake in a day would be around 100 to 150 hectares, and we're talking thousands of hectares of high country."

A helicopter can cover more ground - about 1200 hectares an hour - but Mr Sullivan said the thermal imaging used wasn't accurate enough yet.

Already there are satellite breeding populations on the easter bank of Lake Pukaki, near Twizel and on the south bank of the Waitaki River - the other side of the containment zone.

The council plans to spend $227,000 on wallaby control this financial year.

Without controls in place, Mr Sullivan said they would continue to spread their burden around New Zealand.

So how many wallabies are there?

"You can't have a census ... the ability to count them and have a definitive number like that is not possible," he said.

"Farmers especially on the South Canterbury side of the river, some of them a spending a fortune on wallabies," Mr Williamson said.

"I know people down there who shoot a thousand every year, they get a helicopter."

There were no benefits to having wallabies except for the occasional hunter - which were also the best method to kill wallabies at the moment.

But that could change by next year if the national wallaby management plan is given the green light.

There wasn't an easy solution even when populations were reduced, Mr Williamson said.

"Once you get them down, you're always going to have to have certain people that are on to those last ones. A bit like rabbits, whether you can ever eradicate wallabies, I have my doubts."

Bay of Plenty Regional Council biosecurity manager Greg Corbett said wallabies have lived in the region since 1912, but they were spreading.

On some farms, up to 100 wallabies could be shot in a night, Mr Corbett said.

The problem with satellite populations was that they were hard to find and hard to kill, he said.

"It's becoming obvious to us that without national support and better coordination from other agencies, we're not going to win the war of containing them."

A funding decision from the Treasury is expected to be announced mid-next year.