Hundreds of people lined up outside Eden Park in Auckland today but they were not clambering to get to their seats for a rugby game.

Instead, they were there for food and Christmas gifts from Auckland City Mission to those in need.

This year, the social service provider is distributing its emergency parcels from three different sites, while its central city premises are being rebuilt.

In a downstairs room at Eden Park, volunteers dash in and out with shopping trolleys, creating special parcels for each family as they arrive. 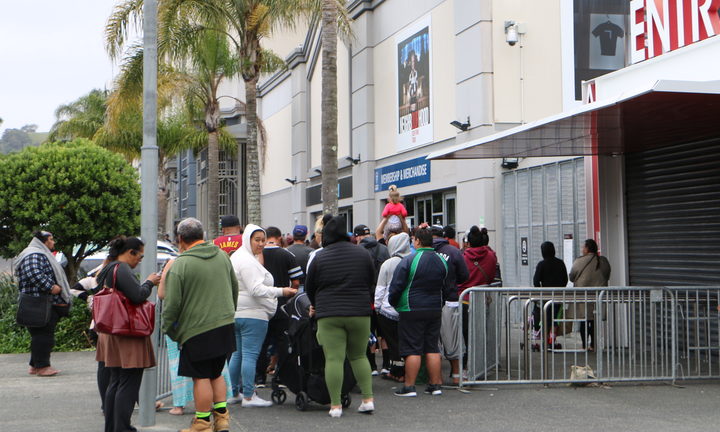 Some of those families have been lining up since 2am this morning. By the time the doors open at 9am, there were about 150 people.

One of those is solo mother of eight, Stacey.

She had a bakery assistant job in Kaikohe but, last month, her eldest son was admitted to Starship Hospital in Auckland and she lost her job.

"Here I am thinking, 'I had nothing to give my children but myself and love.'

"My babies are going be really happy, and I'm so grateful."

She urged parents to "put down that pride and do it".

"I've been embarrassed about asking for help for so many years in my life and I've realised it's not me that's missing out, it's my babies."

The prime minister plans to visit the Auckland City Mission before Christmas to "drill into" why an increasing number of families are struggling to make ends meet.

Ms Ardern said since 1 July the government's family package has been giving low-income families an extra $75 a week.

"That should be starting to make a difference... I'm really interested to see what difference they're seeing between this year and last year," Ms Ardern said.

She said she hoped more people in need feel they can ask for help, which may be contributing to the rise in demand for social services.

City missioner Chris Farrelly said it was mostly mothers and grandmothers lining up for help. 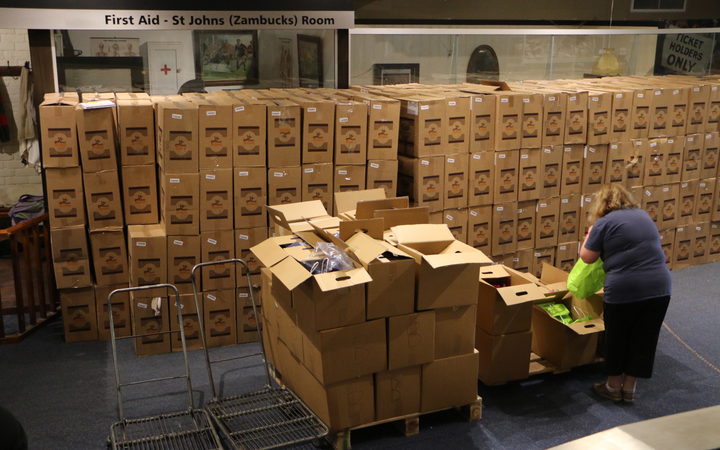 This year, the Auckland City Mission has had an unprecedented increase in demand for food parcels and will double its Christmas efforts.

"We've identified very clearly that we have got a growth in food insecurity and food poverty in New Zealand," Mr Farrelly said.

"It's a serious issue. We knew this would be exacerbated over the Christmas period."

He said having the distribution centres at Eden Park, Papakura Marae and Ngā Whare Waatea Marae in Mangere gave people a sense of privacy they did not have lining up in central Auckland.

Eden Park chief executive Nick Sautner was proud to open the stadium gates to the community.

"It's sad to think there are families in that position in New Zealand."

Eden Park would do what it could to support the community and families in need, Mr Sautner said.

Hundreds of volunteers will help out over the next three weeks. 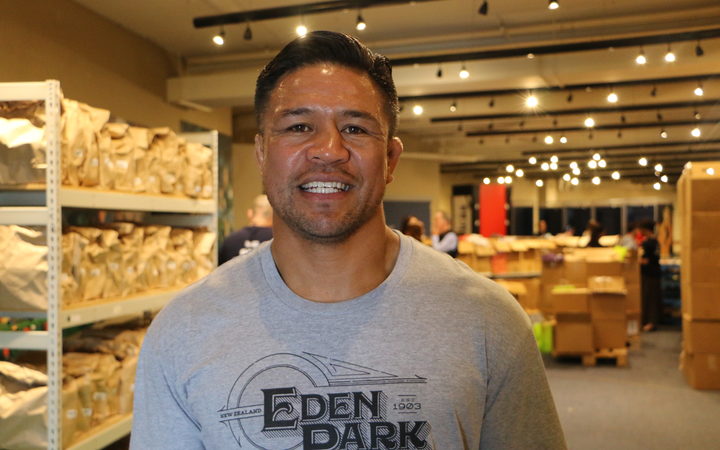 Eden Park ambassador and former All Black Keven Mealamu was there packing presents and greeting people at the gates.

"Every one down here volunteers and I really appreciate the work that they put into making people's days and making it easier for people going through a tough time at the moment."

Auckland City Mission is urging people who want to contribute, to donate money if they can.

Otherwise, presents and non-perishable food items are welcomed. Presents for teenagers such as sports equipment, stationary and books, are especially needed.