For families who already struggle to make ends meet, the added pressure to make Christmas a special occasion can stretch the purse-strings to breaking point. 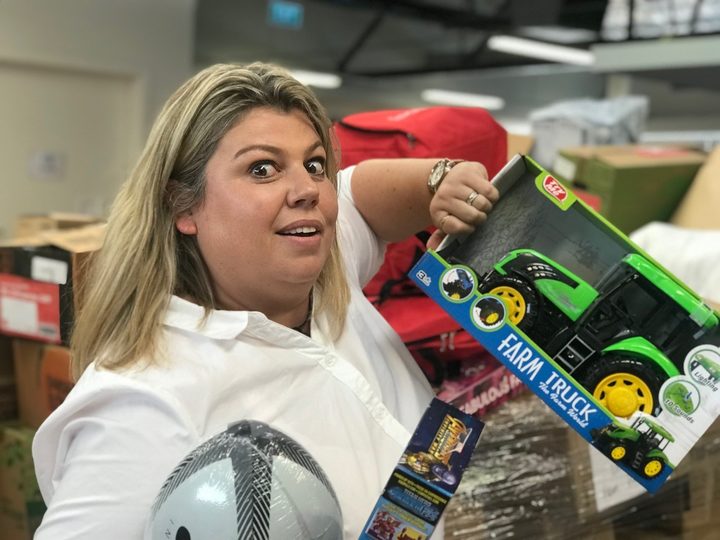 Auckland City Mission tries to help out by providing less-fortunate families with food parcels and presents and holds an annual Christmas fundraising appeal to help pay for it all.

Comedian Urzila Carlson is the face of this year's appeal and tells Afternoons' Jesse Mulligan it's a cause very close to her heart.

"I grew up real poor … I always say like you get ‘poor’, and then you get people that are so poor they don’t dream about making anything - you know, you just want to get through the day. That was my life.

"We sort of had to turn to places like the City Mission and there were Christmases or birthdays when we got nothing."

"There’s so much excess."

"Like, I look at what I buy my kids and I go ‘we can shave 20 gifts off the top for each of them and give them to other people. Then we’re helping 20 other families'."

She says there's a variety of ways people can give to those in need.

"I’ve brought in gifts and non-perishable foods, I loaded my ute up."

"People can just donate gifts - every year I go to Kmart with my friend … we each take a trolley and we just fill it. I go ‘I’ll take from newborn to 16, you take from 16 to the elderly’ and we just biff stuff in the trolley and it’s a lot of fun.

"Nip it in the bud now, because it’s a ripple effect - all that stuff sits in the house, it clutters up your house, then come February you go ‘it’s doing my head in’, now you take it to the tip, now it’s in the landfill. It’s just this thing that keeps growing and growing.

"Stocking stuffers, what is that? Where are the days when you got an orange in there and a handshake from your granddad?"

She says people don't need to break the bank to give to others.

"Don’t get me wrong, I do save money - I don’t give it all away, I’m not mother Teresa. And I do like a good wine, you know: stop buying the cask, I’m not an animal.

"I just think we should share, we should spread the love, this is literally the only thing that makes us the superior - on the planet we say we’re the superior species. Even animals will help weaker animals but we don’t - or the majority of us don’t - even think about it.

"You don’t need to experience extreme poverty to see it or to know these people need help."

The Auckland City Mission website has information about how and where to donate.