Women are also tackling some of the largest roles in the public sector, as they exceed 50 per cent for the first time, Ministers say. 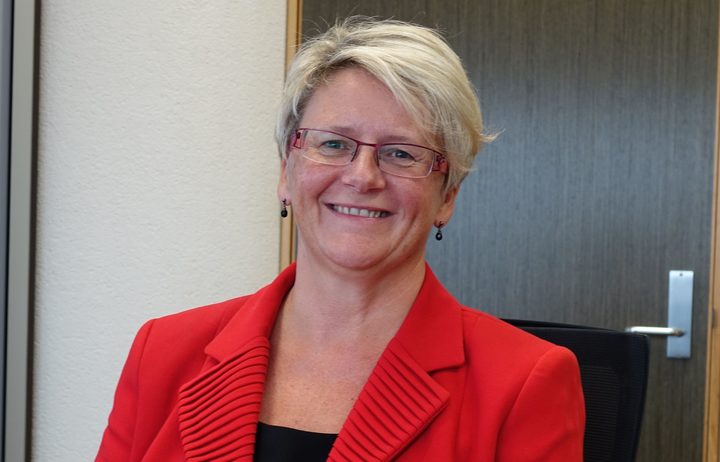 Naomi Ferguson is commissioner and chief executive of Inland Revenue, one of 17 women CEOs in the public service. Photo: RNZ / Philippa Tolley

The number of chief executives in public service departments has for the first time exceeded 50 percent.

"In addition to meeting this milestone, more women CEs have been appointed to larger jobs. Their average job size has increased by 15 percent since 2016 and the job size gap with their male colleagues has narrowed to 6 percent, compared with a 27 percent gap in 2016.

"We still have work to do but the public service is making positive progress and setting a great example."

"Having more women in leadership is not only the right thing to do, but diversity helps organisations function more effectively.

"More women in leadership means better decision making, better organisational resilience and better performance. It also opens up more opportunities for women to succeed and contributes to a more inclusive and fairer society."

She said that women were taking on leadership roles in some of the public service's biggest jobs.

"Women are now leading the Ministry of Business, Innovation and Employment, Ministry of Education, Inland Revenue Department and soon will be leading at the Ministry for Social Development.

"Increasing women's representation in senior leadership in the public sector is part of the Gender Pay Gap Action Plan that we launched in July this year," Ms Genter said.

The Ministers said the State Services Commissioner has committed to ensuring that all chief executives will see a substantial reduction in the gender pay gap for their agency.