The Chinese tech company Huawei is adamant it's not a risk to New Zealand as it calls for an urgent meeting with the government to discuss why its 5G technology has been blocked. 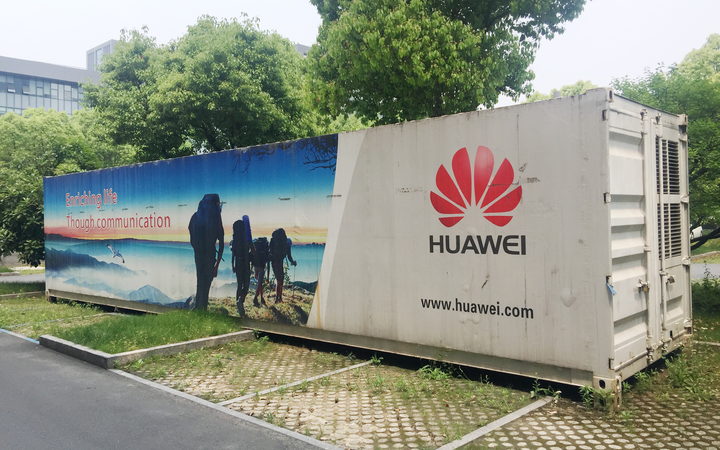 The Government Communications Security Bureau (GCSB) announced on Wednesday the use of the equipment in Spark's new network would raise significant national security risks.

Minister responsible for the GCSB Andrew Little would not reveal what the risks were, saying the information was classified, but said Spark would take a close look at the decision and had the option of convincing the agency it could reduce the risks.

But, Huawei deputy managing director Andrew Bowater, said the company had no idea what the risks were or how it should go about managing them.

"The only piece of writing we've seen is the release that came out yesterday. There's been no discussion, no contact at all from the GCSB and certainly to my knowledge there has been no evidence of wrongdoing presented and we reject the notion that we're a risk to New Zealand at all."

He said the decision could impact Huawei's reputation.

"We pride ourselves on our relationship with our customers that we have here in New Zealand - Spark and 2degrees and others throughout the industry - we've been here for 13 years and this could have a massive impact on our business, obviously."

Mr Bowater said all new networks potentially have issues, but it was only fair and reasonable that they should be openly discussed.

"Any new network has sensitivities or it could have issues, that's why the TICSA [Telecommunications (Interception Capability and Security) Act 2013] process is in place because there does need to be analysis but, we would like to engage on that and understand what they believe those risks are.

"From a technology point of view 5G is an evolution from 4G and we've been delivering 4G networks for the last three or four years without any issues and they've all been approved through this process so we need to understand what's changed ... what's different about this."

He said while it was claimed the decision was based on the technology he could not rule out there was no political motivation behind the call.

"It's hard to say, we would like some contact with the government to understand where they're coming from."

He said if things could not be worked out, it would have major ramifications for Spark's plan to get the 5G network up and running by July 2020.

"This is so important for our customers, like Spark, because they will need to make those longer term investment decisions with a view to America's Cup and Rugby World Cup that's gonna be delivered over new technologies in the next few years. They need to be making decisions about that now and how they're gonna evolve their 4G networks into this world.

"So this is a really important decision for the government to be made so they need to be clear about what these technical issues are."