Trade and national security interests are at stake as China and US remain in dispute. 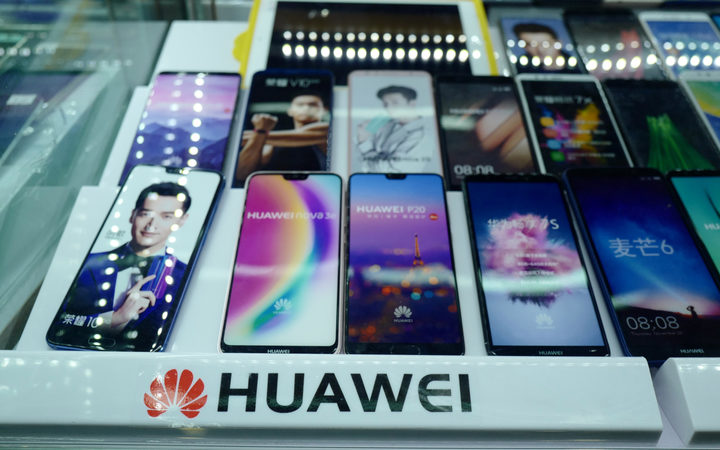 The Government Communications Security Bureau has rejected Spark's bid to use equipment provided by Huawei for the rollout of its new 5G cellphone networks, saying it would raise "significant security risks".

And Chinese companies were much more "beholden" to their government.

"The rhetoric in China is about civil-military fusion and in the last couple of years they have enacted laws that say individuals and corporations must cooperate with national intelligence work."

Making the links between government and business explicit has fuelled international fears that China is out to steal other countries' intellectual property, he said.

In 2012 the company was excluded from Australia's National Broadband Network.

Both the United States and Australia have banned Huawei from involvement in their 5G networks.

The British Government , which only belatedly realised the potential threat posed by Huawei, set up a cyber security testing centre instead.

Dr Uren said the country's oversight reports have become "increasingly grim" over the last four years in the face of rising cyber attacks.

"The chances that we could take that model and be happy with it in a year or two seems pretty remote."

The Minister responsible for the GCSB, Andrew Little, denied the decision was based on the fact Huawei was a Chinese company.

Spark still had a chance to "mitigate" the risks identified, he said.

"There's a range of factors the GCSB considers that are classified, but what I can say is that the focus of the GCSB inquiry is the specific proposed technology that a New Zealand company wants to introduce. That's what they look at, that's how they make their assessment."

A United States Defence official, who declined to be named, told RNZ there was "no doubt that China has ulterior motives".

"I would be concerned about any technology being turned over to an authoritarian state.

"If the deal had gone ahead it would definitely be something we would want to discuss with the New Zealand Government."

Foreign Affairs Minister Winston Peters declined to say whether there had been pressure from New Zealand's Five Eyes allies.

"The Chinese will be fully aware of a process whereby an intelligence agency like the GCSB might have a view. They have similar views on matters like that."

He said he would getting in touch with his Chinese counterparts to do his best to "correct the media's erroneous impression".

International security expert Marc Lanteigne from the Centre for Defence and Security Studies at Massey said the government ran the risk of being "caught in the crossfire" of the trade war going on between China and the United States.

"New Zealand does have security commitments with Five Eyes and is obviously very concerned about following that relationship.

"On the other hand, New Zealand does very much put a great deal of stock on Chinese trade. It wants trade with China to remain strong and robust.

"So how to reconcile those particular policies? That's the big question."

A spokesperson for Internet New Zealand, Andrew Cushen said New Zealanders cannot know all the reasons behind the GCSB's decision.

"That doesn't mean that it isn't important that these risks are being assessed and making sure that these are networks that New Zealanders can trust.

"The GCSB is asking us to take that answer on faith, and simply put, it's a good job that we at least have these checks being done."

Spark considers its options after knockback

In a written statement, Spark said it was reviewing the detailed reasoning behind the GCSB decision and would "consider what further steps to take".

It said it would welcome any opportunity to achieve a different decision.

Spark is confident it will meet its self-imposed 2020 deadline for the 5G rollout in time for the America's Cup.

Huawei New Zealand said it had not received any formal notification from the GCSB or any government ministers.

Its deputy managing director Andrew Bowater said "in the interests of natural justice and fairness", Huawei was seeking an urgent meeting with the relevant Ministers and officials to understand the Government's position and get clarification of the process.

"There has been no evidence of wrongdoing by Huawei presented and we strongly reject the notion that our business threatens New Zealand in any way. We deserve the opportunity to have our voice heard and to address any concerns in good faith," he said.