Tahr in the Southern Alps have already begun breeding in the Spring season, taking advantage of troubles that halted a planned cull, the government says. 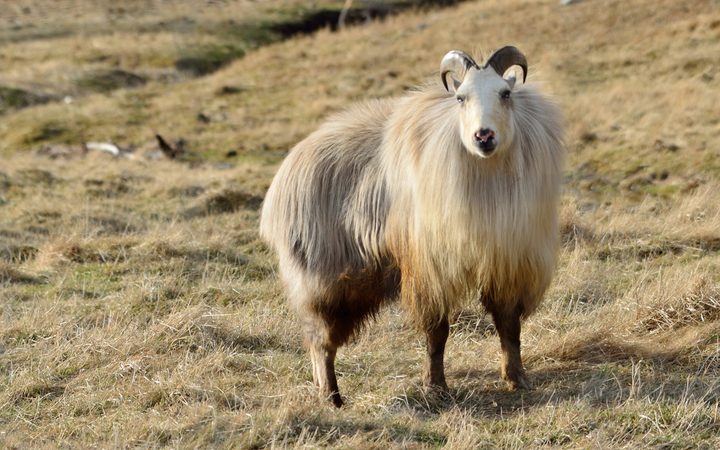 As a result, the total number of Himalayan Tahr is expected to surpass the estimated 35,000 that are now destroying vegetation in the mountains.

The government originally planned to cull 6000 by Christmas, and negotiate on the best way to take a further 4000 later in summer.

But a tragic helicopter accident in Wanaka robbed the Department of Conservation of two of its most experienced hunters, and the cull was called off until next year to allow the department to get over the shock, and make sure future operations are safe.

This disaster has defeated the goal of getting in before the breeding season started, which was explicitly called for by the Minister of Conservation Eugenie Sage.

Nor can recreational hunters, taking time off work and trudging up a mountainside on foot, come close to making up for the loss of professional, full-time hunters, paid for by the Department of Conservation and transported to the top of the mountain by helicopter.

In addition, Bill O'Leary of the Deerstalkers Association said his members would never target a nanny goat with young, because it would be cruel to kill a nanny goat and leave baby goats to starve.

As a result, a new generation of Tahr would be weaned from their mothers and prowling the mountainside before any significant culling took place.

Mr O'Leary was at pains saying his members were not taking up the slack left by the postponement of the official cull.

"For most years, our recreational hunters have concentrated on taking the trophy bulls and they have taken one or two females for meat," he said.

"Now, we want them to make a concerted effort to reduce the number of breeding females."

Mr O'Leary said very few of these animals would be taken back home to be eaten, which would be a sad outcome.

The idea of leaving carcasses to rot on the mountainside has been criticised for its environmental impact.

But Mr O'Leary said it was just not practical for hunters on foot to carry large numbers of carcasses down from precipitous peaks in the Southern Alps.

In a statement, Ngāi Tahu accepted this.

"Ngāi Tahu understands the need to manage Tahr populations," an iwi official said in a statement.

"Although leaving carcasses or meat on the hill would not be considered ideal for Ngāi Tahu, we acknowledge that retrieval is not necessarily practical or safe in all circumstances."

This problem would have affected the departmental cull as well as recreational hunting, since it would have been impractical to transport 6000 carcasses down the mountainside and dump them.

Both scenarios would have left the high country littered with carcasses, but the departmental hunters had resolved to use non-lead bullets, to minimise the impact of on feasting Kea.