Police arrested 10 people after hundreds of angry protesters gathered in Palmerston North this morning to rail against what they describe as a weapons expo. 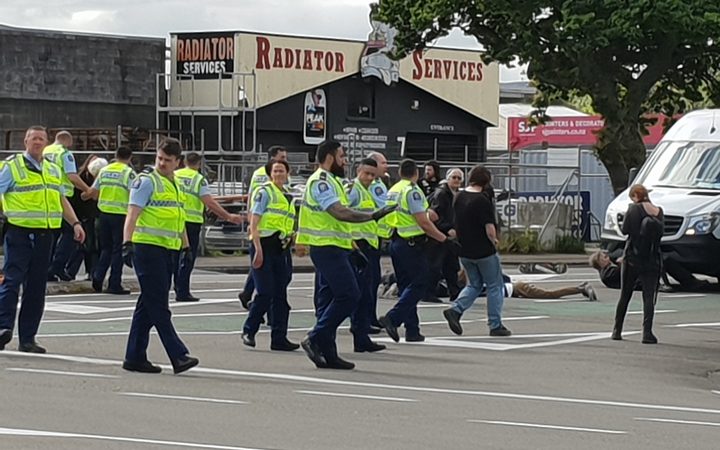 Protesters, according to police, disrupted traffic and the public and, in one instance, spat at a police officer.

Protesters had earlier blocked buses bringing Defence personnel into the event's venue and RNZ understands the vehicles were unable to enter.

New Zealand Defence Industry Association is holding its Defence, Industry and National Security Forum and denies its annual event is a "weapons expo".

Police blocked roads around the venue and put black sheeting in place around parts of it to prevent people getting in and disrupting the event. 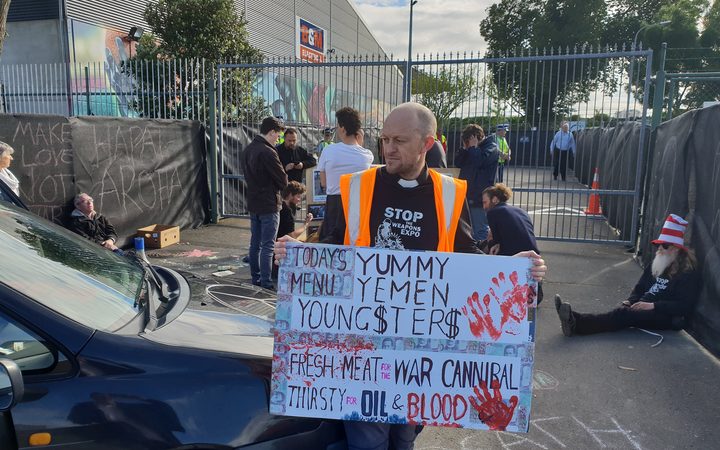 The association described the event as an opportunity for New Zealand industries and government agencies to network about the future needs of defence procurement.

Media were not allowed inside to cover the event because of security and safety reasons.

Previous forums have been met with heavy police presence and arrests.

Nonetheless, there was a peace march planned from the centre of town about midday to the Central Energy Trust Arena, where the forum is being held.

Peace Action Manawatu spokesperson Te Ao Pritchard said they were against the event being held.

"Our three groups are planning a range of activities over the days of the 'weapons expo' including educational films and speaking events, creative displays, a family-friendly peace march, a multi-faith gathering and church service in addition to non-violent direct actions," she said. 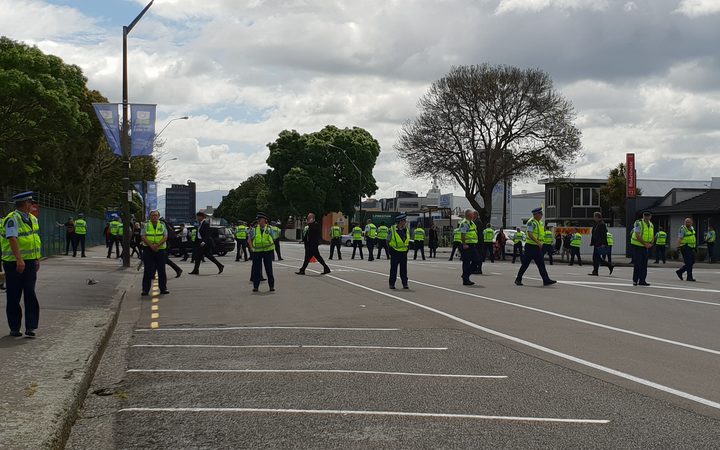 Also on the march will be 78-year-old former city councillor Peter Wheeler, who urged the council not to host the event in the city.

Mr Wheeler said there was no way to get around the jargon, saying it is a "weapons expo".

However, Palmerston North mayor Grant Smith said there was confusion about what the forum was actually about and what went on inside.

He said the council was not financially backing it.

"I'm respectful of people's differing opinions and we are just purely the host - so we are not promoting it," he said.