Police have clashed with protesters in Auckland as about 100 people demonstrate against an event they say is a "weapons expo".

Demonstraters broke through barricades at the Viaduct Events Centre and staged a sit-in protest.

About 40 police officers were also at Wynyard Quarter to keep the protesters at bay.

Members of Auckland Peace Action have gathered to demonstrate against the annual conference of the New Zealand Defence Industry Association, which they describe as a weapons expo. 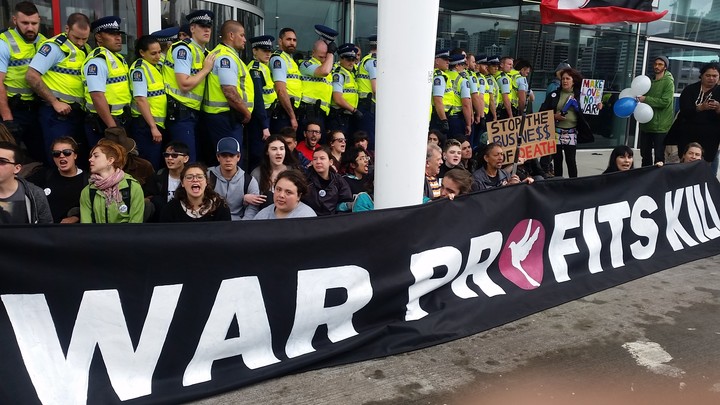 The defence forum is attended by arms dealers from all over the world.

The conference coincides with the arrival of a flotilla of warships from around the world, which have sailed into the Waitemata Harbour to join the New Zealand Navy's 75th anniversary celebrations. 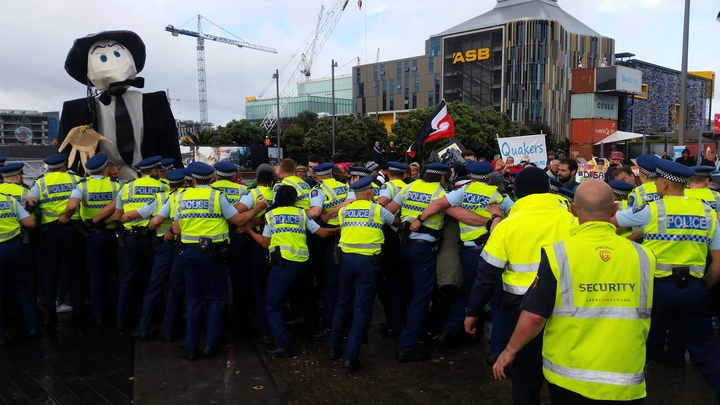 "We've come together to oppose the celebration of war, the glorification of war," she said. 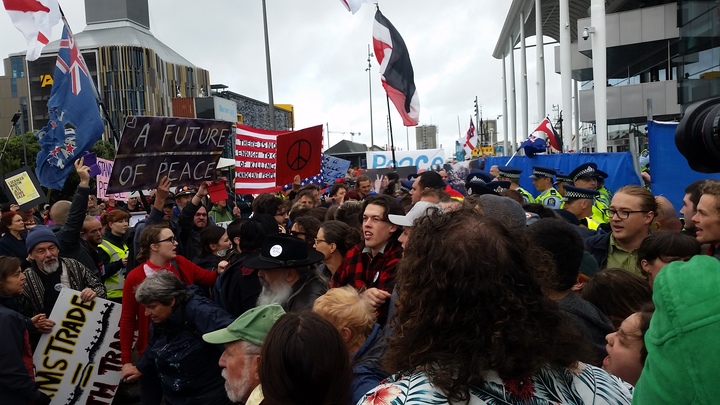 There would be no military-style weapons at the event, he said.

"We've got a couple of high-end personal weapons, rifles, which are no different from what you'd see at a hunting store."

He said the protesters' actions and descriptions of the event were misguided.

Mr Diver said 300 delegates were prevented from entering the conference, while around the same number were stuck inside the venue.

He said the conference would continue tomorrow and its venue may change.

The world's largest nuclear arms manufacturer, Lockheed Martin, is the main sponsor of the forum. 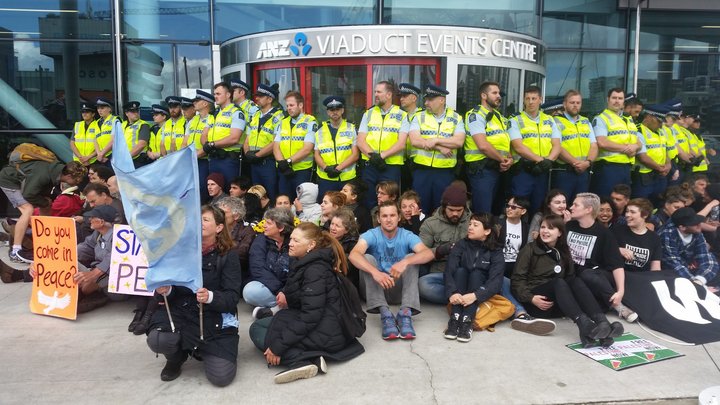 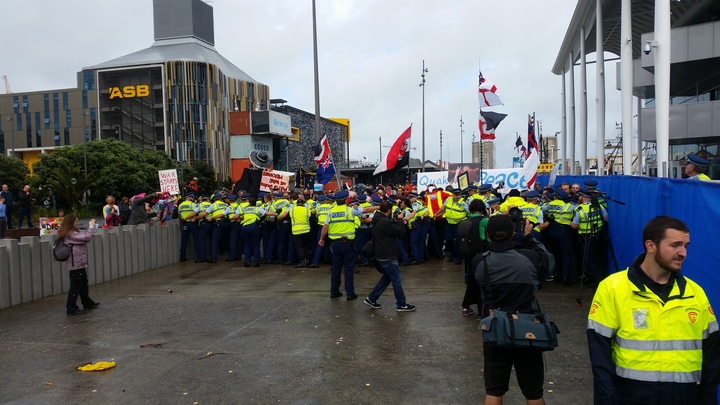 Last year's event in Wellington resulted in the arrest of 28 protesters. 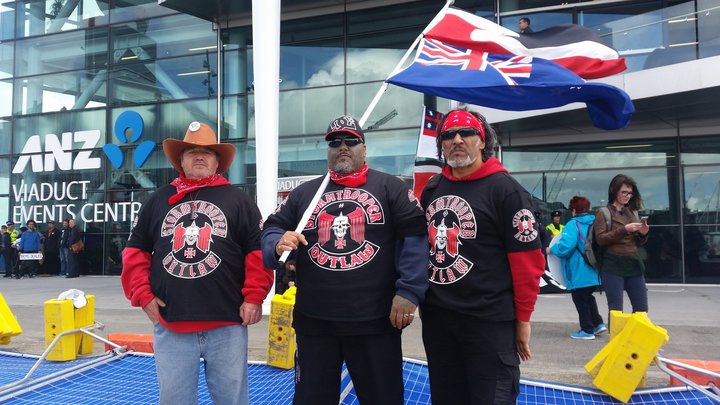