Nine people have been arrested for blocking a road outside a defence industry forum in Wellington. 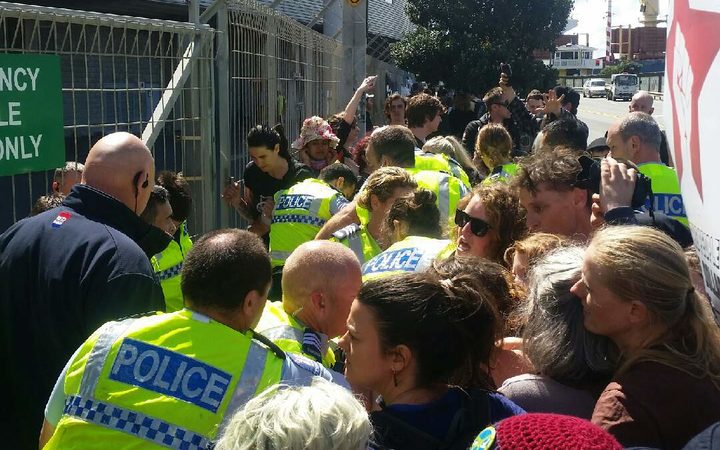 Police and protesters outside Westpac Stadium where the forum is taking place. Photo: RNZ / Paloma Migone

About 300 protesters have been blocking entrances to Westpac Stadium, in a bid to stop delegates from attending the Defence, Industry and National Security Forum.

A team of about 50 police formed a blockade to let a bus of delegates into the entrance at the stadium. 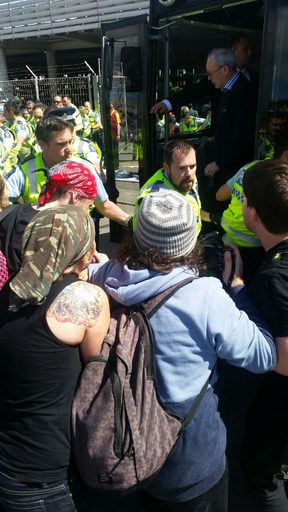 The protesters are calling the forum a 'weapons trade fair' and say they are standing against the promotion of war.

The annual forum is held by the New Zealand Defence Industry Association and is a networking event for defence and security organisations.

About 500 people from over 150 organisations are expected to attend, which this year will focus on cyber security at national security agencies.

Peace Action Wellington protest organiser Gayaal Iddamalgoda said some delegates had been blocked from entering the stadium and it had helped create awareness about New Zealand's defence industry.

He said most protesters had engaged in peaceful action against the police and delegates.

Police earlier said 10 protesters had been arrested but revised that to nine this afternoon.

Earlier, Peace Action Wellington spokesperson Jessie Dennis said nobody should profit from war, and money spent on defence could be better spent on addressing child poverty and the housing crisis.

"Inside representatives from some of the largest weapons manufacturers in the world are meeting, representing an industry whose prime purpose is profiting from violence and so we're here to shut that down and stop business as usual today," said Jessie Dennis. 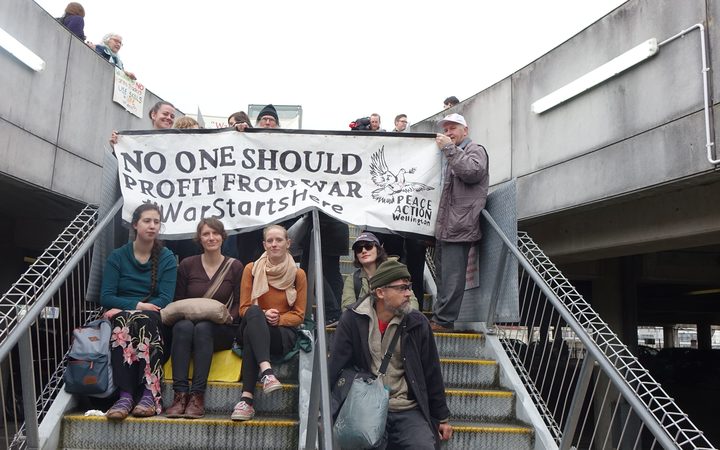 Protesters says they are standing against the promotion of war. Photo: RNZ / Charlie Greenhalgh

But chair of the New Zealand Defence Industry Association Scott Arrell said the forum was not an arms' fair.

He said the association's members included people providing food, clothes, planes and ships to police, customs and the air force.

"It's a range of services and products that are very broad in nature so that the defence forces can operate both domestically in New Zealand for training and overseas where they're on operations and doing what the government's asked them to do," he said. 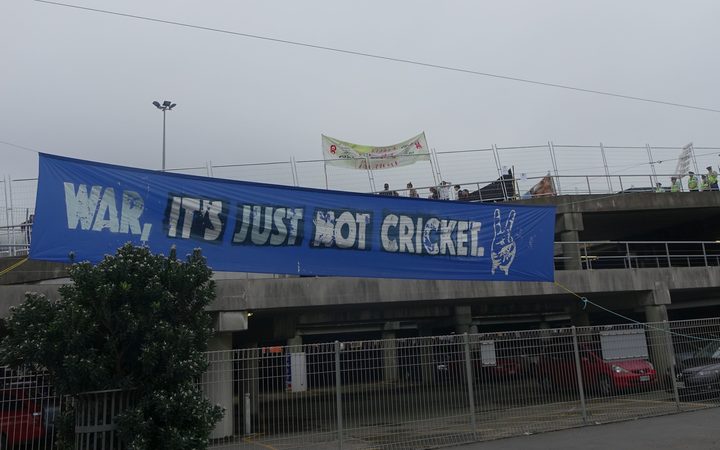 Mr Arrell said the association respected people's right to protest, and he hoped they respected their right to gather.

This year's event is being held at Wellington Stadium after Wellington mayor Justin Lester said it would not be held on council controlled land.

In 2015 the forum was held at the TSB arena where 28 people were arrested on mostly trespassing charges. 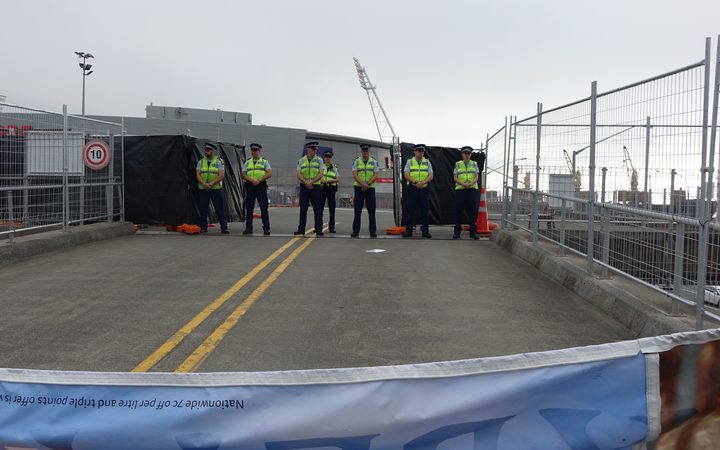 Police prepare for any tension between protesters and delegates. Photo: RNZ / Charlie Greenhalgh