Two Auckland students are heading to Antarctica, where they will kayak with a New Zealand Olympian. 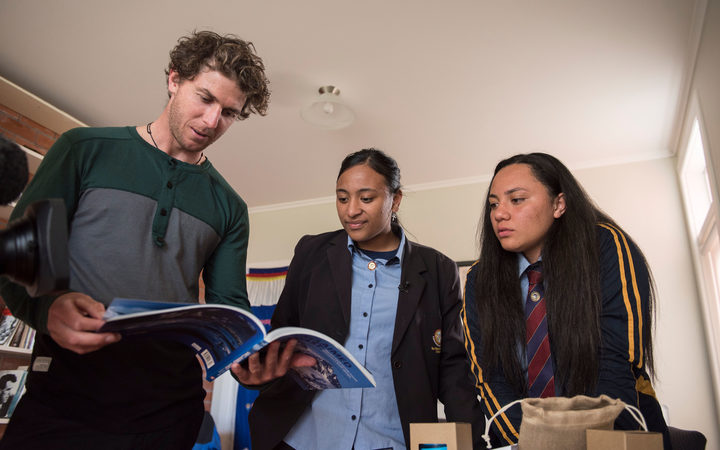 Sir Edmund Hillary Collegiate students Mele Fetu'u and Lana Kiddie-Vai will be on an Inspiring Explorers' expedition run by the Antarctic Heritage Trust in early 2019.

The trust is working with the collegiate to take the year 13 students to the ice-covered land mass at the South Pole.

Lana said the reality of going to Antarctica for the first time was already starting to set in.

"It's going to be so cold! But that is all what makes it an adventure."

Trust executive director Nigel Watson, who will lead the expedition, said Antarctica was "magnificent place" that had the power to change lives.

More explorers aged between 18 and 30 are being selected from hundreds of applications nationwide to take part in the expedition.

The group will travel from South America to the Antarctic Peninsula aboard a One Ocean Expeditions vessel.

The school cares for Sir Edmund's old home in New Zealand, which is now a leadership centre on its grounds. The trust looks after Sir Edmund's former home in Antarctica.

"We share a genuine sense of kaitiakitanga for Sir Edmund's legacy," he said.

Mr Watson and Olympic kayaker Mike Dawson met the students for the first time last week, at a celebration at Hillary House of the partnership between the trust and the collegiate.

This is the trust's fourth Inspiring Explorers' Expedition.