Tawaki - or Fiordland crested penguins - can cover up to 7000 kilometres in eight weeks while they fatten up for moulting season, new research has uncovered. 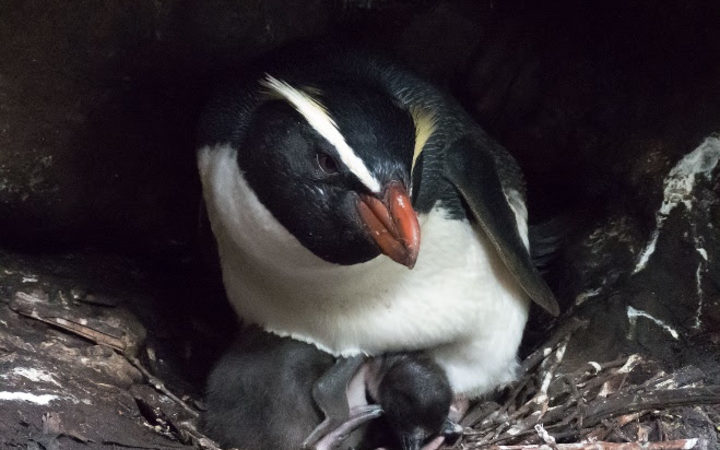 University of Otago and international scientists tracked tagged tawaki during their post-breeding journeys and discovered the little birds travel between 20 and 80 kilometres per day.

"Tawaki go on a big trip once their chicks have fledged. On this trip the penguins need to recover from the exhausting chick rearing duties and pack on weight in preparation for their annual moult," Dr Mattern said.

It is a small window before they have to return to land to lose their entire plumage - once they're back on land, tawaki can't leave to feed during the three-week moulting period.

"One would think that the birds try to conserve as much energy on this trip as possible. But what we found is, simply put, crazy," he said. 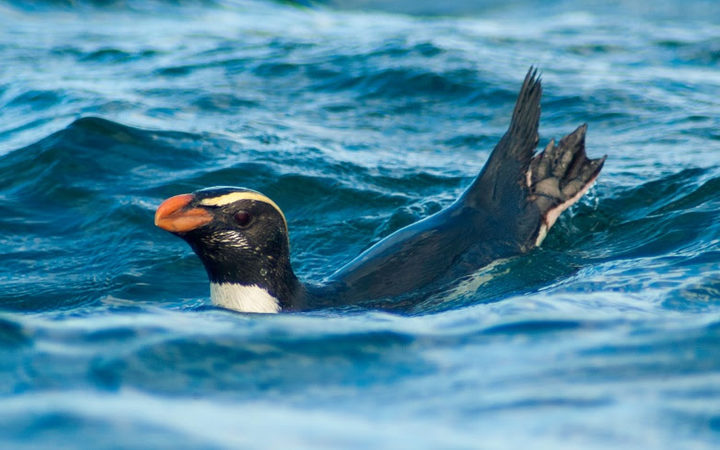 Dr Mattern, who works at the University of Otago's Department of Zoology, said little was known about tawaki, which live and breed on the New Zealand mainland.

Study co-author Dr Klemens Pütz, of the Antarctic Research Trust, said it was an incredible achievement for a flightless seabird.

"The question is why the penguins leave on such an epic journey, at a time when the ocean productivity along their coastal breeding sites reaches its peak. There should be more than enough food for them just on their doorstep," Dr Pütz said.

The authors believe tawaki make their trek because of instinct rather than necessity.

"However, considering that breeding further north would add another few thousand kilometres to the penguins' journey, it appears that tawaki breed exactly where their migratory behaviour allows them to," he said.

The study was published in PLoS One.

It's part of The Tawaki Project - a long-term collaboration between researchers from Otago, Antarctic Research Trust and the Global Penguin Society to study the birds..

The project is funded by the Global Penguin Society, the Antarctic Research Trust, Birds New Zealand and private donations.