A Catholic secondary school says no investigation report exists into a sex abuse complaint now being looked into by the police. 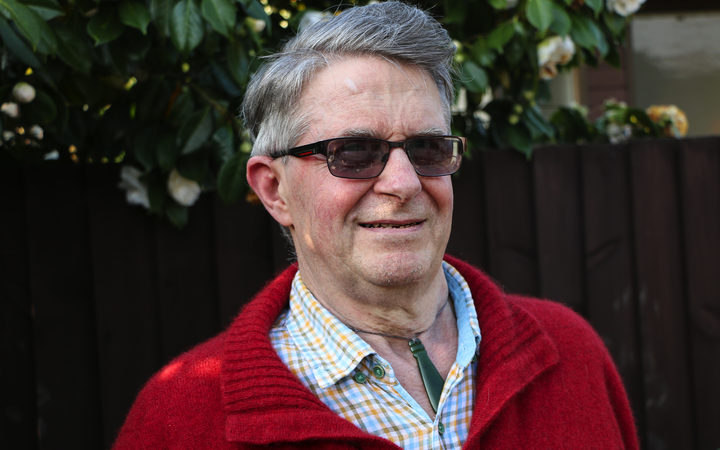 Christchurch man Peter Boock laid the complaint after he learned a teacher at the school was the man who had abused him. Photo: RNZ / Phil Pennington

St Bede's College's rector and board of trustees had previously claimed a full investigation was carried out when the complaint was received in 2011.

Christchurch man Peter Boock laid the complaint after he learned a teacher at the school was the man who had abused him for several months decades before.

Robin Pettit admitted to the abuse, which took place in Dunedin in the 1960s.

Mr Boock recently complained to police and called on the rector to step down for not investigating properly.

RNZ asked the school to release a copy of the rector's 2011 investigation report, under the Official Information Act, which had applied as St Bede's was an integrated school.

"In response to your request, there is no investigation report," board chairperson Warren Johnstone replied in an email.

Previously Mr Johnstone put out a statement which stated the college "has and will always ensure that any complaint of misconduct is properly investigated and addressed".

The rector Justin Boyle told parents that "we will always ensure that any complaint of misconduct is thoroughly and promptly investigated and appropriately addressed".

"As proprietors we expect to be kept informed of all such matters," the society said in a statement referring to sex abuse complaints and investigations.

In another case, of sex abuse by Father AM Donnelly at St Patrick's College, Upper Hutt, the school told RNZ it had no record of an investigation by the acting principal into those allegations in the 1970s, or of subsequent investigations by the society in the early 2000s.

St Pat's said it held no files at all on any complaints of abuse against students.

"The School does not hold records... The Society of Mary holds the records," St Patrick's rector Grahame Duffy said by email.

Yet the Society of Mary told RNZ: "The school would have shared information with the society at the time. Records were not transferred."

It added that schools generally did not keep records "for 40 years or more about teachers".

RNZ asked the society if it still did not require schools to keep records of sex abuse complaints and investigations, such as the one at St Bede's.

Mr Johnston of St Bede's has been approached for further comment.