National standards and charter schools are one step closer to being dropped after the Education Amendment Bill passed its third reading today. 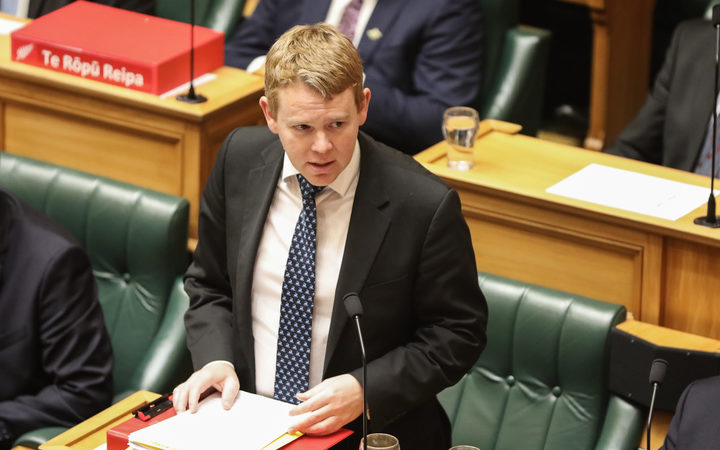 Chris Hipkins said the passing of the Education Amendment Bill in its third reading was a watershed moment. Photo: VNP / Phil Smith

It passed by 63 to 56 votes, with National and Act opposing.

The bill will remove the charter school model, national standards and make it an offence to make a false representation about an application for free tertiary education.

Education Minister Chris Hipkins said it was a watershed moment.

"It is a moment in which we put education over ideology and we reject the notions of privatisation and deregulation instead, returning our focus to a quality public education system for all New Zealanders," he said.

"This bill is a major first step in the government's promises for education."

A number of changes would be made.

"This bill strengthens the quality of school education by removing national standards which did not work and which prevented teachers from doing the job of teaching young New Zealanders.

"It removes the charter school model from New Zealand law and brings an end to the privatisation and deregulation of our public school system."

Mr Hipkins said the changes would improve the governance of universities and polytechnics.

"By restoring places for elected staff and students on their councils."

Addressing the House this afternoon, Mr Hipkins called national standards a "woeful failure" and "a blight on the track record of the previous National government."

He was equally critically of charter schools.

"That's the kind of dodgy slap-up model of education that was being promoted by members on the other side."

He said under the new law those schools would not close.

"We recognise that while the model was flawed there were some people within it who had absolutely the right intentions and so we will work with them, we are working with them to transition them into the public education system."

National education spokesperson Nikki Kaye said the removal of the model was wrong.

"As of today there is an urgency application in the Waitangi Tribunal," she said.

"[This is] a government that claims that it cares about Crown-Maori relations and they are pushing through legislation for no urgent reason but to rid of partnership schools.

"Here is my message to the iwi leaders of New Zealand that have backed these schools 'we believe in you and we will bring partnership schools back'."

Ms Kaye said National would bring back the model within 12 months of a re-election.

"I am very sad for the students that have been put through this."

On national standards, she was critical of the government's process to drop them.

"This bill went all the way through the democratic process, including a full select-committee hearing."