An independent report has slammed the Christchurch City Council's water division after it found the department witheld information from senior mangers for seven months. 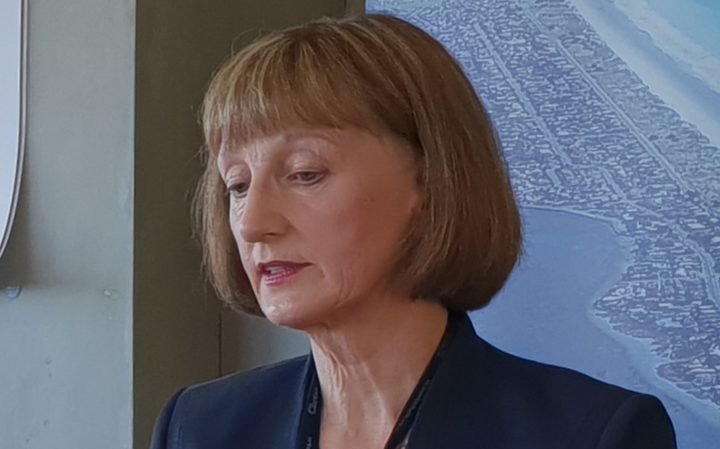 The city rushed to temporarily chlorinate its previously pristine water in March, after it was found there was a chance of bores becoming contaminated.

The independent report released on Tuesday, said the water department withheld information for seven months from senior managers - including the council's chief executive - on the risk of contamination.

It said the delay in informing council chief executive, Karleen Edwards, prevented the public from knowing sooner that the water would need to be chlorinated.

The report notes "time was of the essence" because it was crucial this information was taken in account when the council decided to remove it's secure bore status in December last year.

But because of the delay both Ms Edwards and the mayor, Lianne Dalziel, were caught on the back foot, the report said.

Karleen Edwards fronted for media on Tuesday and laid out why the seven month delay mattered so much.

"It would have allowed...a more co-ordinated planned approach involving appropriate authorities such as the Ministry of Health and the Drinking Water Assessor to achieve a longer term programme of repair," Ms Edwards said.

"More importantly, we could have taken time to explain to our community, so that they could better understand the choices and decisions that needed to be made, so I'm really sorry that we didn't have the opportunity to talk to our community before that decision was made."

Despite this, Karleen Edwards said the head of Three Waters, John Mackie, was safe in his job.

"It's disappointing that that would happen...I wouldn't agree that that's dysfunctional. People were trying to work and resolve issues. My expectation is that people would raise issues of concern and risk and that's something that we're certainly working with [people on] across the organisation."

The detailed report was only released to media 30 minutes before the press conference with Karleen Edwards. However, a council spokesperson said this was not an attempt to limit the questions that could be put to her.

The council still hoped to have its $35m programme to make the water bores secure, completed by March next year. At this point, the chlorine would be completely removed.

The medical officer of health, Dr Alistair Humphrey, said while council staff never stopped working to make sure drinking water was kept safe from contamination, it would have been preferable if they had brought the chief executive, elected members and the public in to the loop as well.

"We have a community that cherishes its untreated water supply. We have elected members who represent that community. You know there are governance decisions that could possibly have been made. It wouldn't have changed the operational issues which is what I'm involved with but I'm sure there would have been wider debate around the community, there would have been a bit more time."

Karleen Edwards said managers including John Mackie, had been offered training in the need to refer up when issues, such as the security of the city's drinking water, became a concern.

She said John Mackie, who was not at today's media conference, had yet to take the council up on the extra training.