A group of northern Horowhenua ratepayers are trying to break away from their district council. 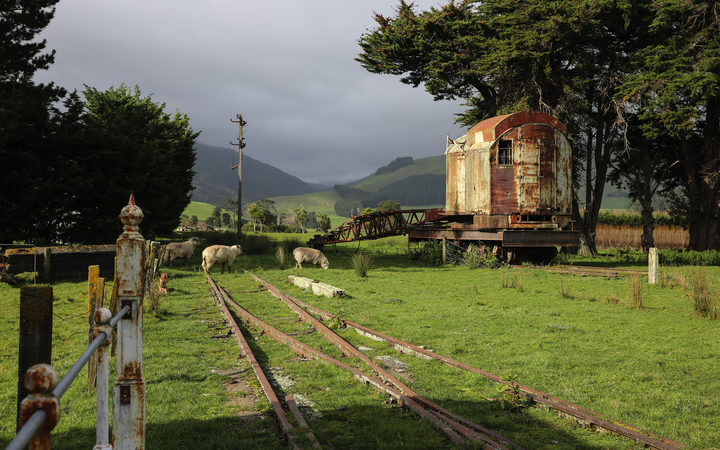 The remnants of the original train station in Tokomaru, where residents are joining Opiki ratepayers calling for a change of council. Photo: RNZ / Richard Tindiller

Between 200 and 300 locals in Tokomaru and Opiki want a boundary shift so they are covered by Palmerston North City Council instead.

They have lodged an application with the Local Government Commission and a petition arguing their "community of interest" lies with the city to the north.

Petition organiser Arthur Toms of Tokomaru said he hoped a decision could be made by late next year, as it was a straightforward change.

It would not be too detrimental to Horowhenua District Council's finances, Mr Toms said.

"I suppose it's a bit embarrassing if you've got part of your area wanting to break away, but the amount of rates that we're involved with would be about $1.4 million I think, and compared with an official rate take of $43.5m, we're not really terribly significant," he said.

"Also they claim that we cost them more than we bring in in rates, so they should be quite glad to see us go."

Palmerston North City Council recently told the commission it was "happy for a boundary change discussion to continue".

In its application to the commission, the breakaway group criticised Horowhenua District Council over its level of rates and what it said was a secretive council culture.

However, the district council argued that water rates would be a lot higher in northern Horowhenua if they had not been deliberately harmonised with other parts of the district.