Wairarapa rail tracks are getting a major funding boost and upgrade. 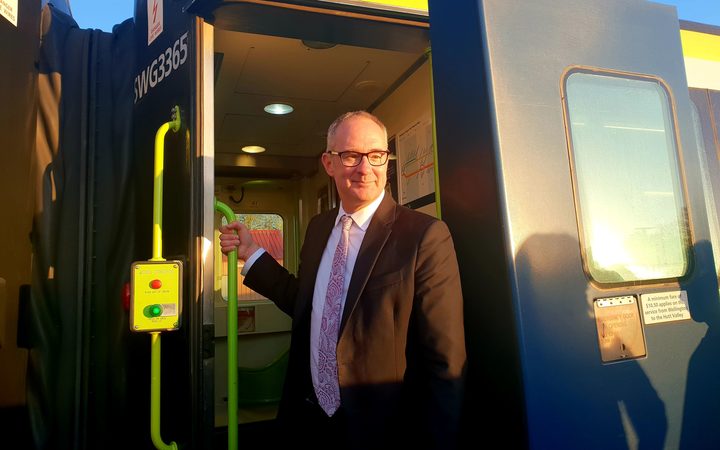 This morning Transport Minister Phil Twyford announced a $96 million investment, which includes $50m for track infrastructure and the rest for double-tracking between Trentham and Upper Hutt.

He said it would help grow the region's economy and tourism.

Without the investment, the line would deteriorate and cause delays and disruptions for commuters, Mr Twyford said.

"Passengers have a right to expect a safe and reliable service, and this investment will ensure the long-term future of this route."

Mr Twyford said the investment could have spinoffs into other investments.

It would give the Greater Wellington Regional Council more confidence to invest in upgrading and improving the line's rolling stock, he said.

"I was shocked when I heard stories about how the poor state of the line was causing long delays, line closures and speed limits on the line and quite a bit of the infrastructure on the track on this line has reached the end of its life."

It was relief for people living in the region to know the line will improve, Carterton mayor John Booth said.

"When it was all unreliable, whether it was weather related, equipment related, people's frustrations were boiling over - in the summer especially."

He said it was good to have a line in the sand, with work starting next April.

Mr Booth said previously the system would go down, get worse, and some remedial work would be done, giving people hope it was going to be fixed, and then it would go down again.

Kiwirail acting chief executive David Gordon said the things that needed to be done were fairly basic, but it was just a matter of having the resources to do that.

He said the tunnel through the Remutakas would be completely fixed up, taking it back to the condition it was in when it was built in the 1950s.

Work on the Wairarapa rail line was expected to start in April next year.