The Wellington bus network is failing because the right infrastructure is not in place, public transport advocates say. 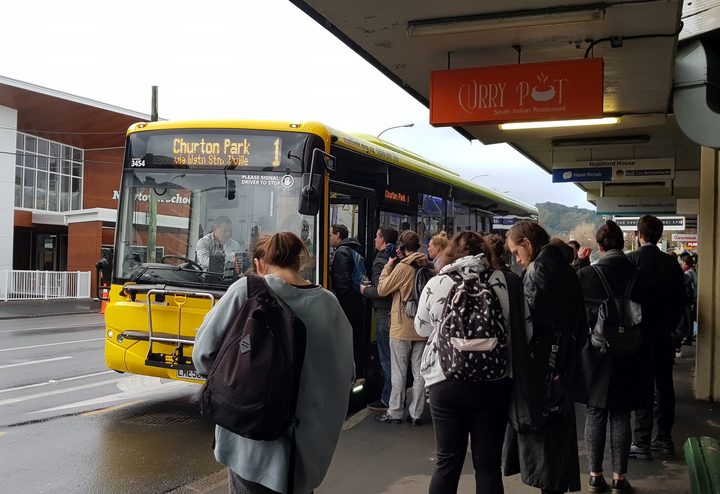 Bus users have frequently complained about "hubbing" - which requires users to make multiple bus changes to complete their journey - at the Wellington bus meetings.

Hubbing was introduced to reduce congestion down the main route of Wellington central - but failing connections have left people waiting in the dark, sometimes for up to half an hour at a time.

A report by the Greater Wellington Regional Council chief executive Greg Campbell recognised that timed connections were failing but did not attribute these to the design.

"The data shows that the network is able to operate effectively under the current design."

"Without some sort of way of getting the buses to run punctually, [the] hub and spoke system is going to be very difficult, if not impossible, to operate."

Mr Mellor said that would include more bus-only lanes and traffic lights that stay green for longer to allow buses to go through.

They are the obvious things to do while the city waits for a better train network, light rail lobbyist Brent Efford said.

"Given that it will probably take about 10 years to get a rail line completed, in the meantime, they certainly do need to get strong protected bus routes, traffic signal priority and measures like that."

He sat on the community reference group for the regional council's Public Transport Spine Study in 2013 which feed into the network design.

The study recommended designated bus lanes from the central city to Newtown where the hospital is. It also suggested a separate route to Kilbirnie.

While there are some bus lanes and bus priority signals, they do not make up a continuous route as the study recommended.

The Greater Wellington Regional Council said in a statement that better bus infrastructure would be desirable and they are working with the Wellington City Council on where and when bus priority measures can be implemented.

Long-term and significant investment in transport was not included in the new bus network overhaul because that was covered under the Let's Get Wellington Moving programme, the regional council said.

"The Let's Get Welly Moving programme is now looking at further mass transit options which include light rail.

"These options go much further than the changes introduced in July this year in terms of network changes and potential need to hub between services, particularly under light rail options," the statement said.

An announcement on Let's Get Wellington Moving is expected in the next month or so.