Increased isolation of the elderly, mentally ill and disabled people were some of the concerns residents raised about buses in Wellington at a meeting yesterday. 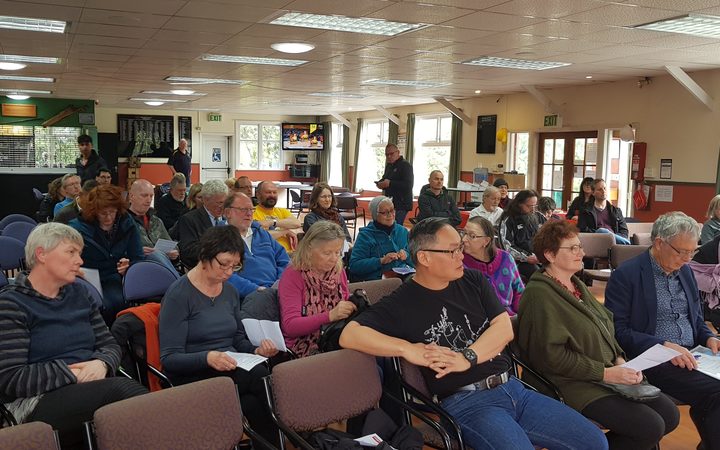 It has been 10 weeks since the system was overhauled with new routes, drivers, fares and timetables, and initially the Greater Wellington Regional Council was confident things would iron out in a few weeks.

But that has not happened.

Five community meetings have already been held and yesterday residents from Wellington's southern suburbs gathered at the Mornington Golf Club to take their turn.

Brooklyn resident Rochelle held back tears as she told the audience how she left her nine-year-old daughter at a stop waiting for the number seven, but it never came.

"I was so desperate to catch a bus and get to my job, I just left her there and it never came - there was no plan B. She doesn't have a cell phone.

Fortunately a friend saw Rochelle's daughter and arranged a way for her to get to school.

Stories like Rochelle's were not uncommon at the two-hour long meeting, attended by those from suburbs such as Brooklyn, Mornington and Strathmore.

Sam Chandler from Newtown was there to speak on behalf of those who could not make it - or perhaps did not even know the meeting was on.

"The people who are elderly, people on benefits and low incomes, physical disabilities, mental health issues, refugees - they've been my main concern."

She said especially since Newtown had lost its Post Shop, getting into town to pay a bill was now a momentous task for some.

"There used to be a very good bus service that went through there regularly and it was easy access to town, the hospital and the post office, now our post office is closed it's so difficult." 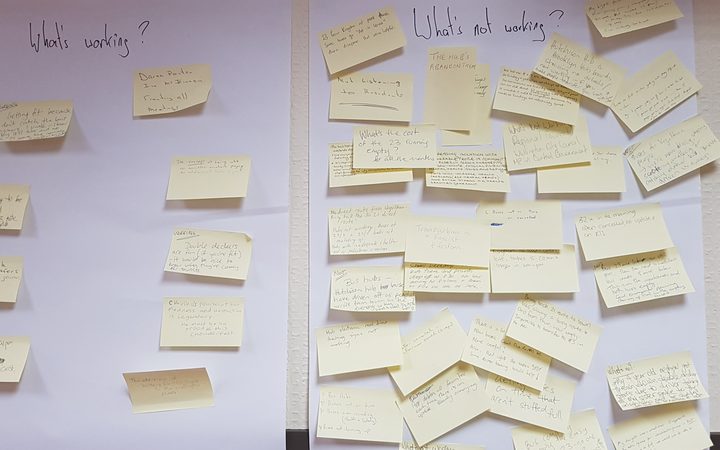 Vogeltown resident Peter Crawford said the new system was hard on those who were not able-bodied.

"Buses not turning up or turning up full, the waits in between, all those sorts of things are far worse for someone who is disabled and can't get around easily.

"For me, I now have to walk 15 minutes down the hill to a stop, but if I had any sort of disability I wouldn't be able to do that."

The meeting is the sixth of a series being chaired by local Rongotai Labour MP Paul Eagle.

Mr Ponter told the crowd a direct route from Kingston and Mornington to the city would go before the transport council soon.

He said other changes were being planned - including adding in extra services to routes which were cut back.

Mr Blakeley gave the crowd his "unreserved apologies" and stressed the council was committed to fixing the network.

"You have every right to be angry. We give you our commitment to work tirelessly to get this fixed."