A Christchurch business owner is calling on the council to use the city's CCTV cameras to deter tagging in the central business district. 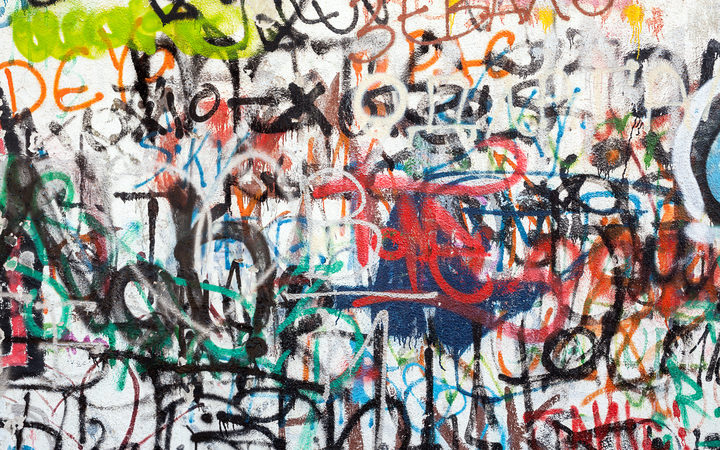 Derelict buildings, walls and signage in different parts of central Christchurch had become targets for vandals wanting to leave their mark.

Businesses said a lot of graffiti was not a great look when businesses were already struggling to draw people back into the rebuilt central city.

The owner of Sal's New York Pizza on Lichfield Street Luke Braggins said some of the street art in town was really good, but the tagging "looks crap".

Some business owners might be prepared to help pay for more coverage, he said.

"Something like CCTV [might help] - just a little bit more effort being put in by the council. Just as long as all the local business owners are keen to keep everything up to a high standard as well."

He said the central city business association had upcoming meetings and he would like to see the issue raised.

Mr Braggins said it was not nice to see more graffiti had been put up when you turn up to work in the morning.

"We can't leave our truck parked outside overnight because it will just get tagged straight away."

Graffiti was giving people the wrong impression of the CBD, she said.

"I definitely think it has become more of a problem in the last 12 months - and it is probably putting people off, especially tourists."

Ms Turley said the council should increase patrols and make vandals clean up their tagging.

She wanted the CBD to become an important destination.

"We kind of pride ourselves [on] having a very high standard in the pharmacy and the post shop and drawing in customers, because we're in a brand new CBD."

Central City Business Association manager Paul Lonsdale said if buildings did not remove tagging within 24 hours, they ran the risk of attracting even more.

He said the owners of some of the derelict buildings may not live in the country, or could be waiting on building or insurance issues following the quakes, but said they needed to front up and deal with issues like graffiti.

"If they looked after their buildings and kept them up to spec, we'd be in a better place, that's for sure."

The council said it used CCTV cameras to monitor traffic, but they were not used for graffiti.

In 2008, the council started a graffiti programme with the goal of reducing the impact of tagging on Christchurch residents.

In this year's budget, the council said it put $800,000 towards the removal of graffiti, including the cost of hiring contractors.

It also said there were no specific obligations on building owners to remove graffiti, but there were laws relating to the condition of buildings.