Colin Craig's High Court battle against his former press secretary is drawing to an end, with closing arguments heard today. 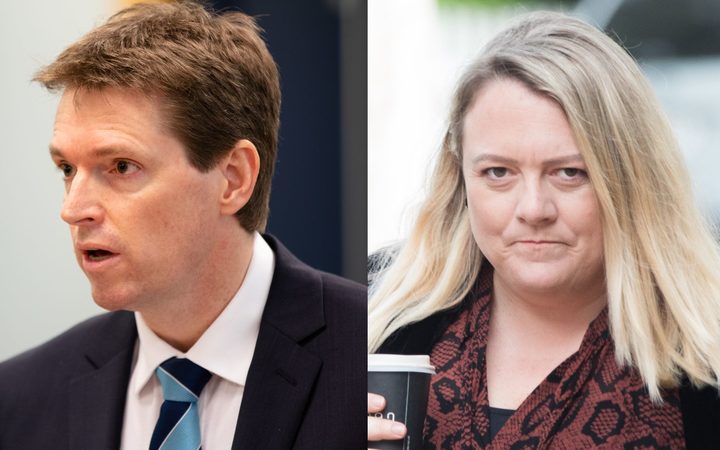 Mr Craig is suing Rachel MacGregor for defaming him on three different occasions - in a tweet, in a media statement and in what she told Jordan Williams from the Taxpayers Union about their relationship.

Ms MacGregor is counter-suing Mr Craig for defaming her four times - at two press conferences in 2015, in a letter to Conservative Party members and in a booklet sent to 1.6 million households.

The alleged defamation relates to how Mr Craig responded to speculation about the nature of the pair's relationship, as well as comments about a confidential settlement they reached to resolve the sexual harassment claim and a financial dispute.

That same day, she laid a sexual harassment complaint against Mr Craig.

Closing his case earlier today, Ms MacGregor's lawyer Hayden Wilson said that what happened next has been the subject of media scrutiny and four separate legal proceedings - including this one.

"In each of those proceedings Ms MacGregor has been a consistent witness, consistently said that she was Mr Craig's employee, that she was sexually harassed by him, that he treated her differently from others that he worked with, and that she found his behaviour weird, and it made her feel anxious and awkward," he said.

Mr Wilson told the court that Ms MacGregor was not the source of the speculation that was circulating about the nature of her relationship with Mr Craig.

"On her integrity, her morality, her honesty, her professionalism and her character. Mr Craig selectively breached the confidentiality of the settlement agreement and he did so deliberately. He did so to paint himself in the best possible light, irrespective of the harm that it might do to Ms MacGregor."

Mr Wilson said Mr Craig's comments in the press conference, and in the later booklet, implied that Ms MacGregor had lied about the sexual harassment claim.

Given the nature of the comments he would be making, Mr Wilson said Mr Craig should have thought carefully about them.

Mr Wilson said Ms MacGregor was given no warning that Mr Craig was going to make any of the statements he did.

"He never put to her directly his belief that she was behind the rumour and speculation. He never accepted the assurances given to him that she was not and she found out about these statements via the media."

Mr Craig withdrew his claim for damages on the first day of the court case, because he had become aware Ms MacGregor was not in a financial position to pay any.

In his closing arguments, Mr Craig said his case revolves around the part Ms MacGregor played a part in initiating the "media firestorm" that consumed his career, damaged both his personal and political reputations, and made him a "social pariah".

Mr Craig told the court that Ms MacGregor embellished her sexual harassment allegations against him, and dismissed her claim to the defence of truth.

"Ms MacGregor's central allegation is that I sexually harassed her, and it's a retrospective remembering or re-creation of our relationship."

Mr Craig argued that in his press conferences, he was responding to "wild and inaccurate" reporting by the media, and Ms MacGregor was not his target.

Justice Hinton is expected to reserve her decision.