Former Conservative Party leader Colin Craig is back in court in a battle against former press secretary Rachel MacGregor. 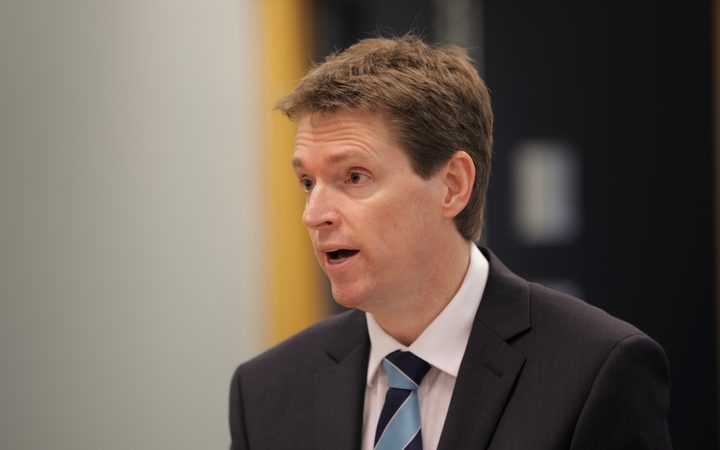 The pair are suing each other at the High Court in Auckland for comments they each argue were defamatory.

Ms MacGregor worked for Mr Craig through the 2011 and in the lead up to the 2014 election, but resigned two days before polling.

She filed a sexual harassment complaint against Mr Craig, and the pair reached a confidential settlement.

The Human Rights Tribunal ordered Mr Craig to pay Ms MacGregor $120,000 after it ruled that he had breached the agreement when talking to media.

Mr Craig began the morning by telling Justice Hinton he was withdrawing his claim for damages, but would still be seeking a declaration.

"What has become apparent to me from an article published yesterday is Ms MacGregor is not in any position financially where a claim for damages would make sense."

He said after hiring Ms MacGregor in 2011 the pair had formed a strong friendship.

"At the heart of this is the nature of the professional and personal relationship between myself and Ms MacGregor and how that over time it will be my case that Ms MacGregor has come to see the relationship somewhat differently at the time and has made various embellishments and statements about that to others who have then used that to attack me."

He said on the evening of the 2011 election he and Ms MacGregor kissed and took off her top, but he said the pair stopped there.

"It will be my evidence I stopped that, and I went home.

"It was common ground that incident was consensual. It was a consensual, and regretted incident."

He said they put in place boundaries to ensure a similar incident wouldn't happen again.

Their relationship first became public when she resigned two days before the 2014 election.

Mr Craig is suing for defamation over three incidents, the first arising from sharing information with Jordan Williams from the Taxpayers Union, as well as a media statement and a tweet Ms MacGregor made in relation to a confidential settlement between them.

"These are publications that would lower my standing in the estimation of ordinary people and or expose me to ridicule, contempt or hatred."

Ms MacGregor's lawyer Hayden Wilson told the court his client felt the relationship had been inappropriate.

"Her evidence will be that during the period she worked for Mr Craig he sent her a series of letters, cards and poems, he gave her gifts of jewellery and he sought out her company in ways, it's submitted, that are irregular and entirely inappropriate for any employer.

The pair reached a confidential settlement around the sexual harassment as well as a dispute over pay owed to Ms MacGregor and a loan she had taken from Mr Craig.

Mr Wilson said their case was based around four occasions, the first of which include a media conference in the wake of huge media attention and rumours about their settlement and relationship.

"From the moment Mr Craig appeared at the 22 June media conference with Mrs Craig by his side and talked about 'our' inappropriate conduct, and not 'his' inappropriate conduct, as an experienced politician he would have known that he was creating a media event. Having lit that fire he used it as an occasion to introduce new and further defamatory statements about Ms MacGregor."

Other defamation contentions come in a letter Mr Craig sent to 8000 Conservative Party members and a booklet he published called Dirty Politics and Hidden Agendas.

"The scale of the publication of each of the defamatory statements is frankly unprecedented. Both press conferences were covered by all of the national media, Mr Craig's booklet was distributed to 1.6 million households in New Zealand and it's our submission that every step Mr Craig took was choreographed, was carefully planned to attract maximum attention and by doing that caused maximum damage," Mr Wilson said.

Both Mr Craig and Ms MacGregor are giving evidence in the hearing which is expected to take two weeks.