Girls as young as eight are getting their period and almost half of all girls get their period before high school, a new study has found. 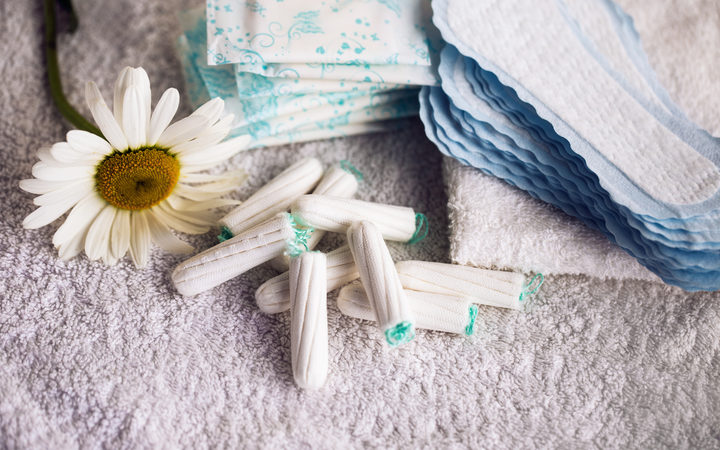 It is the first time data has been gathered in New Zealand on the age of first menstruation.

The data from the Ministry of Health survey was analysed by Otago University, which found that one in 16 girls got their period in primary school.

The study found 48.7 percent of all girls started to menstruate before high school - about 14,000 girls each year.

Professor Sarah Donovan from the Department of Public Health at the University of Otago said there was not a lot of data available on menstruation in New Zealand.

"There is the whole issue of stigma and embarrassment around periods so not a lot of research has been done."

While she was not surprised that the average age of a first period was 13, she was surprised at how young many girls were when they got their period.

"While it is often assumed that girls usually get their periods at high school, the new findings confirm that this is not the case for nearly 50 percent of New Zealand girls," Dr Donovan said.

"While it is a very small percentage who get their period at age eight, nine is not really that uncommon at all.

"And I guess a key finding is that girls at primary school age at all in significant numbers are getting their period, so we need to rethink the health education level we are pitching."

A 10-year-old girl from Wellington was previously sent home from school because there was no sanitary disposal unit.

"Girls will often make up an excuse about why they don't want to go to school, because they don't even want to reveal it to their parents, because some parents are extremely uncomfortable talking about this thing and particularly with very young girls."

Dr Donovan is preparing an application to PHARMAC to fund free sanitary products for all school-aged girls in New Zealand.