The first kiwi in a project to release many of the birds on Sanctuary Mountain Maungatautari in Waikato was set free on the maunga on Monday afternoon. 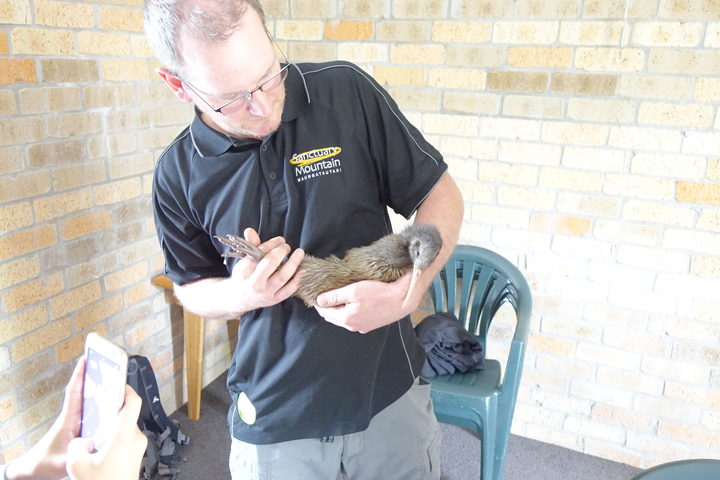 The Kiwis for Kiwi national charity plans to release 500 kiwi over the next five years.

Maungatautari is an ecological island set in 3400 hectares and surrounded by a 47km pest-proof fence.

The Maungatautari Ecological Island Trust was formed in 2001.

The first kiwi released on Monday is called Tahi.

He was collected as an egg from private land at Manunui in King Country, incubated at the Otorohanga Kiwi House and has, until his release, been living at the Rotokare Scenic Reserve in Taranaki.

Tahi, who is about 8 months old, was received on to Maungatautari by iwi, Ngāti Korokī Kahukura, with a pōwhiri before being taken up the mountain and set free into a burrow. 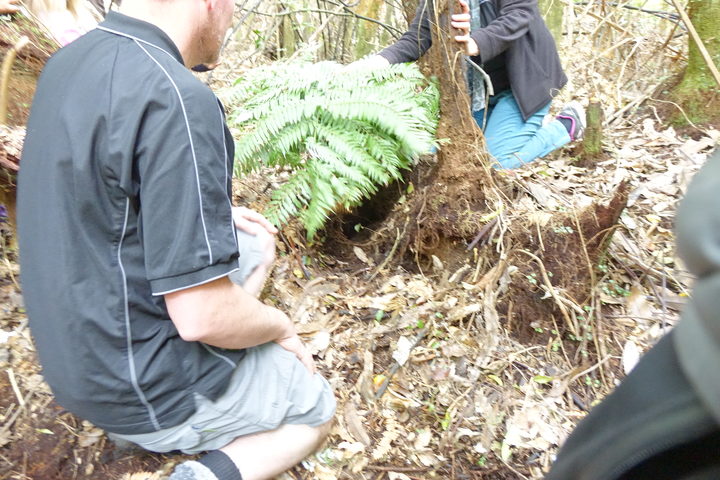 Tahi being released into a burrow. Photo: RNZ / Andrew McRae

It is expected that at nightfall he will be out and about investigating his new home.

There are already about 200 North Island Western Brown kiwi on the maunga but the reserve has the capacity for about 700 breeding pairs.

Kiwis for Kiwi said at a best guess there are about 70,000 kiwi still in the wild spread across New Zealand and on average the kiwi population is declining by about 2 percent each year, or about 1200 birds.

Once fully up and running it is hoped the project will result in a 2 percent growth in the kiwi population.

Once the kiwi establish on Maungatautari and start breeding the offspring will be removed and released into the wild in other places to create new populations and bolster others. 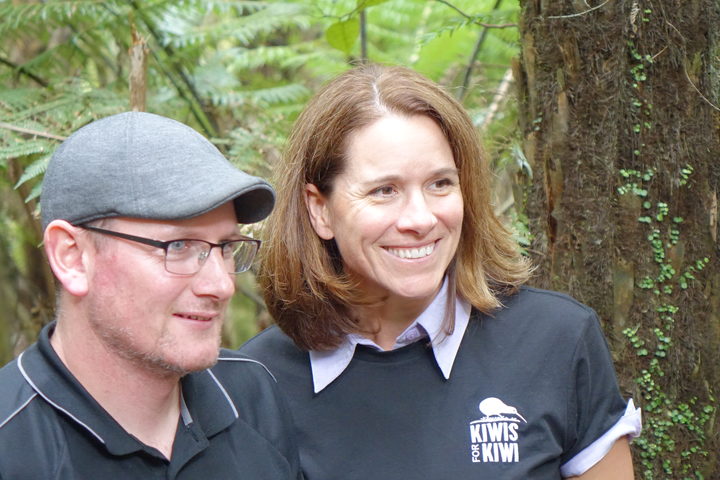 Kiwis for Kiwi chief executive Michelle Impey said it has been referred to as farming kiwi but in the Māori world it is called Kohunga, the nest.

"Not the connotation of farming for consumption. This is a safe place to quickly grow animals."

"It's doable with the goal to find 100 males in the wild and we target males because they incubate the eggs," she said.

"We already have about 30 of those males so we are on our way."

Maungatautari species assistant ranger Craig Montgomerie said time will tell if the goal can be reached.

"It's good to have ambitious goals and whether that is achievable we are soon to see."

He said putting more genetics into the kiwi population is a good thing.

Ms Impey said Sanctuary Mountain Maungatautari was a perfect location for the project.

"It's a dream we couldn't have hoped for something better.

"This maunga alone is enough to reverse the decline of Western Brown Kiwi and we should be able to remove 100's of kiwi every year once we get cranking with this site."

Maungatautari Ecological Trust chief executive Phil Lyons said the trust and the volunteers that work on the maunga are really excited by the project and the expected results.

"It's an important part of the work we do here."

At night, the trust runs guided tours with every chance people will hear a kiwi but not necessarily always see one.

"We also run a kiwi health check where people can go with a guide and witness the check."

Mr Lyons said people will definitely not be handling kiwi.