The Department of Conservation is running an aversion training course for dogs using electric collars to de-program them from going after native birds. 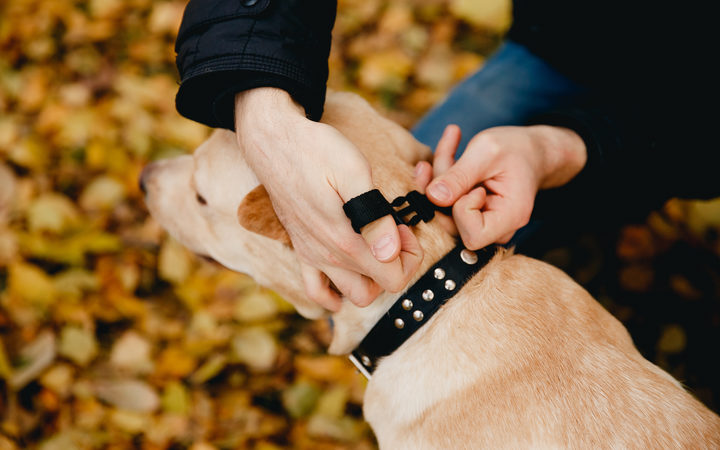 A dog with electric shock collar (file picture). Department of Conservation is using electric collars to train dogs to not prey on native birds. Photo: 123rf

The course is being run in Hokitika where DOC said there were significant colonies of little blue penguin living on the beach and weka around the town.

One dog can wipe out an entire colony and the strong smell of penguins can be irresistible to their sensitive noses.

The defrosted carcasses of weka and penguins and recordings of their calls are being used as part of the course, which is being run by a qualified canine aversion trainer.

The dogs wear electric collars at a very low setting and if they show a significant interest in the birds after being trained not to, they will receive a mild shock.

Ms Anderson said all sorts of dogs had been attending the course, from lap dogs to hunting dogs and the result has been amazing.

"The aversion response is immediate, so those dogs will just take a huge wide berth around those birds after that."

Ms Anderson said the feedback from dog owners whose pets had been on the course was that it had worked really well.

Within a year of the initial training, dogs are invited back to test for learned avoidance.

If the dog shows an interest in the lure, it is re-trained and invited back for testing next year. It can take multiple training sessions before a dog consistently demonstrates avoidance.

DOC said there had been huge interest in the course and it will put more on and there are other similar courses around the country.