The trial has begun of two men arrested during a protest outside a defence industry forum in Wellington. 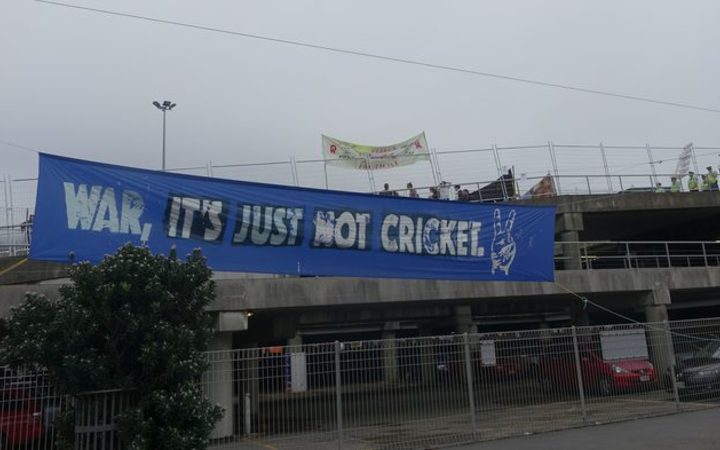 Adrian Leason and Gary Chiles were charged with obstructing a public way following the fiery protest on 10 October last year.

About 300 peace activists protested outside the New Zealand Defence Industry Association forum at Westpac Stadium, clashing with police, which resulted in 9 arrests.

Several supporters filed into the courtroom as the trial began on morning.

The first witness of the trial, Police Inspector Brett Amas, said police were at the forum to make sure delegates and protesters could go about their lawful business for the day.

Inspector Amas said police were there to mitigate any health and safety risks, and any offences that occurred, and that there were passionate people on both sides present on the day.

"And when passionate people collide, that's when you get altercations," he said.

Mr Amas said protesters used a number of different methods to stop buses carrying people going into the forum, from D locks usually used to lock up bikes, to hanging banners with plastic ties to the gates.

Protesters had also stood on both the road and the pavement, in front of the buses, without moving, Mr Amass said.

Earlier a video of the protest was shown to Judge Bill Hastings. In it, police can be heard saying "stand up, move on or you may be arrested".

The trial is expected to last three days.