About 300 protesters blocked State Highway 2 north of Tauranga this afternoon demanding urgent action to improve the road between the city and Katikati. 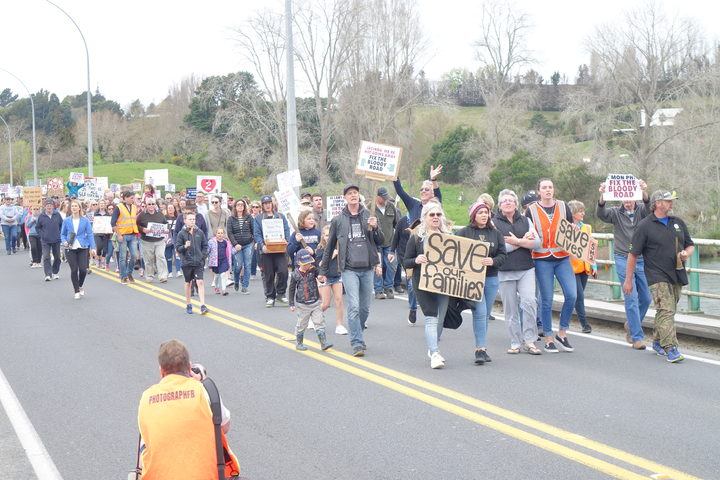 The group, Fix Our Bloody Road, said more people are going to die unless there are four lanes created to Omokoroa, and safety improvements along the rest of the road.

The protesters marched across the Wairoa River Bridge and back this afternoon, stopping halfway for a minute's silence to remember all those killed or injured on the road.

Andrew Hollis from Fix Our Bloody Road said people have had enough of waiting for something to be done.

They lived in fear each time they used the road, he said.

Traffic over the bridge was halted during the half hour protest.