Four people have died in four days on Bay of Plenty highways - one on a stretch of State Highway 2 that protestors want fixed. 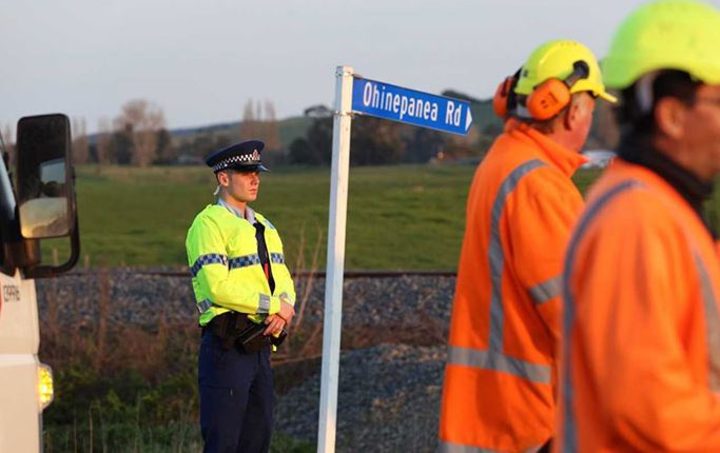 Police at the scene of a fatal crash on SH 2 near Pukehina yesterday afternoon. Photo: SunLive/ Cameron Avery

Two people died in a logging truck and car crash on SH2 near Pukehina on Thursday afternoon.

On Wednesday afternoon, a crash involving a transporter truck and car on SH29 claimed the life of 30-year-old Te Hokinga Mai Katipa from Gisborne.

On Monday, 34-year-old Steven Antony Hart died after his vehicle crashed with a four-wheel-drive vehicle and a truck on SH2, south of Katikati. Tauranga lobby group Fix The Bloody Road, has been calling for action to improve safety on that section of State Highway 2 in the region.

The crash that killed two people on Thursday left a lasting impression on one Pukehina resident.

The woman, who wished to remain anonymous, said the crash involving a logging truck and car happened right outside her house on State Highway 2.

"I was helping my brother get the cows in and when we got to the shed I noticed a pile of smoke coming from the road.

"I took off to see what it was and by the time I got there everyone was stopping.

"Someone had already called emergency services and I called my brother to grab a fire extinguisher, because the truck involved was smoking away.

"The truck driver was cut to bits and in shock," she says. "I stayed with him, he was in shock and a bit stubborn." 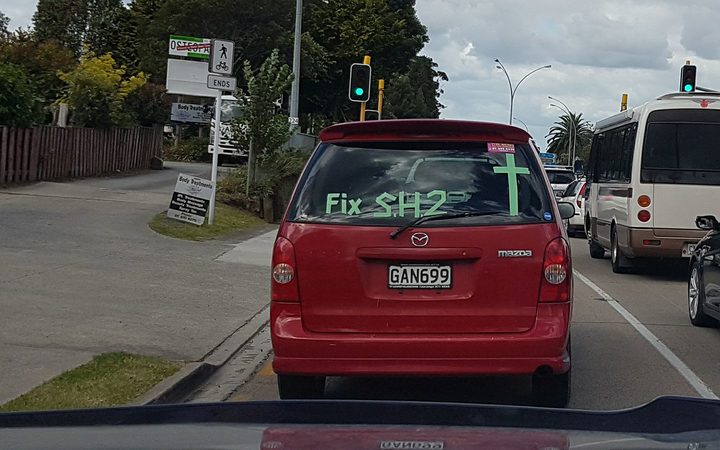 Tauranga group Fix The Bloody Road has been campaigning for safety improvements on SH 2. Photo: Fix the Bloody Road

The crash followed a number of 'near-misses' that she said happened on a daily basis.

"We see a good kilometre of the road each way, there's some idiots who drive along there every day. I cringe watching all the close calls."

Police were still investigating the cause of the three fatal crashes in the Bay of Plenty.

Fix The BLOODY Road and concerned residents would join forces this Sunday to protest about inaction over long-awaited upgrades to SH2.

Western Bay of Plenty Mayor Garry Webber supported the rights of the group to protest on the highway.

"Western Bay residents know only too well how dangerous this road is," Mr Webber said.

"Fatalities and crashes are becoming a regular occurrence and the sub-standard quality of the road compared to traffic volumes is the primary problem.

"We need to move past the rhetoric and keep the pressure on central government to start work on previously promised capital projects like the Tauranga Northern Link, Omokoroa interchange, road widening, off-ramps and other safety measures as soon as possible."

The protest on Sunday will see campaigners muster at Wairoa River Reserve at 2.30pm, to cross the bridge at 3pm.