Wellington City Council yesterday announced the new inner city apartment's which will be available to people working in essential services, from mid-2019. 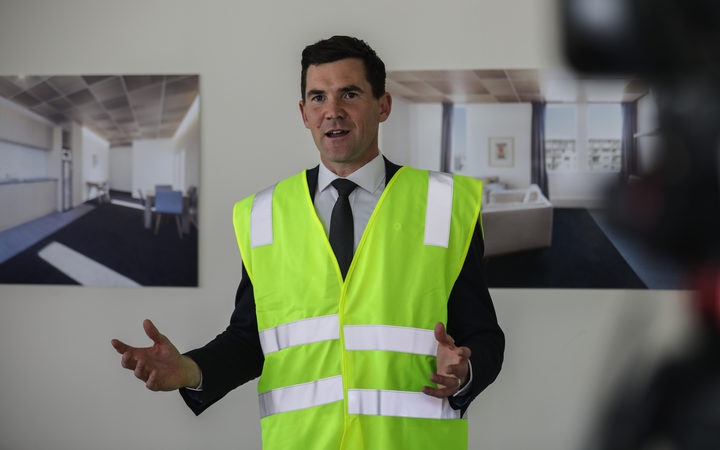 Wellington Mayor Justin Lester said the apartments would be available for workers who are employed in essential services in the city, Photo: RNZ / Richard Tindiller

The 35 one to three bedroom apartments, built by developer, The Wellington Company, will be constructed by converting an office building on Willis Street.

The council will then lease the property for 15 years.

Mayor Justin Lester said the apartments would be affordable for middle-income earners and would rent for approximately $400 up to $700 per week.

However at the announcement it was stated Wellington was still short of around 3500 homes.

Co-author of the Demographia International Housing Affordability Surveys, Hugh Pavletich, said initiatives from the council need to be happening elsewhere.

"What we ideally need to see is the council focusing on the fringes of Wellington and so that affordable housing is provided out there," he said.

He said the fringes act as inflation vents, which will then impact prices in the central city.