Kim Dotcom's legal fight to have the government release information it holds on him has reached the High Court. 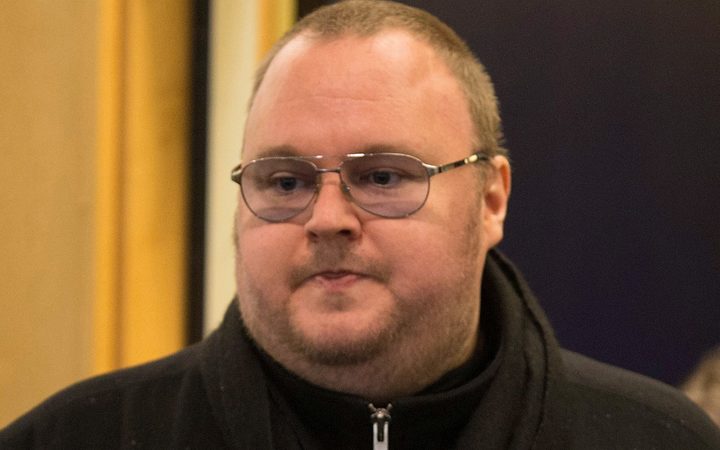 The Crown has appealed a Human Rights Review Tribunal decision ruling Mr Dotcom's privacy had been breached when they failed to release private information about him.

In 2015, Mr Dotcom sent 52 requests to 28 ministers and government departments, and their contractors, asking for all information being held about him.

The internet mogul was hoping to avoid extradition to the United States, where he is expected to face criminal charges of money-laundering and copyright breaches related to the defunct file-sharing website Megaupload.

Mr Dotcom is expected to appeal the latest extradition decision to the Supreme Court.

The Solicitor-General declined Mr Dotcom's requests for information, saying they were vexatious, meaning they did not have sufficient grounds or were purely intended to be difficult.

In March, Mr Dotcom was awarded $90,000 in damages, with the Attorney-General ordered to pay $60,000 for "loss of dignity and injury to feelings". The remaining $30,000 was awarded for loss of benefits, being the release of the information.

The information was ordered to be released.

Representing the Attorney-General in the High Court in Wellington today, Victoria Casey said they were appealing the factual findings and the legal approach taken in the Human Rights Review Tribunal case.

She said there was no evidential basis for Mr Dotcom to be awarded $30,000 for loss of benefit.

She also said there was no evidence that his information was wrongly disclosed to cause harm to his feelings in regards to the $60,000 award.

The circumstances around Mr Dotcom's request for information played a part in his request being declined, Ms Casey said.

Mr Dotcom had asked for the information with urgency, given the legal proceedings he was about to enter into.

Ms Casey said Mr Dotcom could not have expected to use the information in his case against extradition, because it was too late to submit evidence for that case.

She said "a request of this scope ... with a man of that prominence is likely to be large," and could not have been completed quickly.

Urgency was a critical component in the application being deemed vexatious, she said.

Ms Casey said the Solicitor-General had said that if the need for urgency was removed, the request could not be considered vexatious.

The privacy commissioner had earlier rejected a complaint from Mr Dotcom, and Ms Casey said their decision "should hold considerable weight".

The appeal may take up to four days.