The internet entrepreneur Kim Dotcom and his ex-wife have reached a confidential settlement with police over a "military-style" raid in 2012. 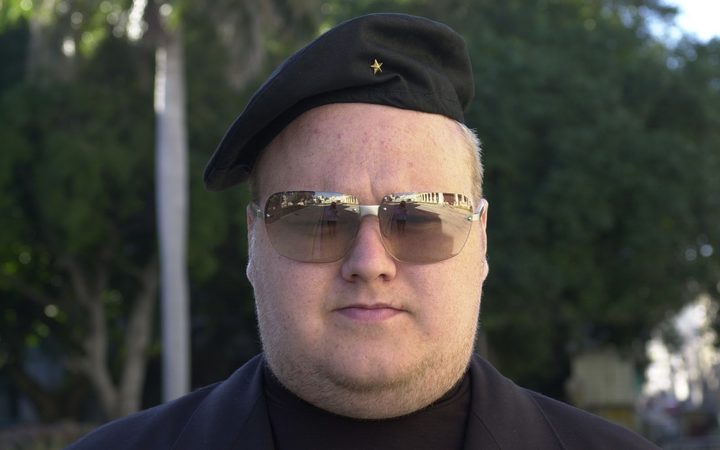 Mr Dotcom is currently fighting extradition to the United States on multiple criminal charges related to his former file-sharing website Megaupload, including copyright infringement and money-laundering.

He said he and Mona Dotcom wanted vindication in the High Court but have decided a trial would not be in the best interests of their children.

In a statement, Mr Dotcom said officers had caused damage to the property.

"Mona Dotcom, who was seven months pregnant with twins, and the Dotcom children were traumatised. Neither the Dotcoms nor their guests were allowed to talk to each other or their lawyers for an unreasonable period.

"Today, Mona and I are glad to reach a confidential settlement of our case against the New Zealand Police.

"We have respect for the Police in this country. They work hard and have, with this one exception, treated me and my family with courtesy and respect. We were shocked at the uncharacteristic handling of my arrest for a non-violent internet copyright infringement charge brought by the United States, which is not even a crime in New Zealand.

"They could have easily knocked at our door at a reasonable hour and advised me of my arrest. Instead, due to what I believe was a misguided desire to cater to the United States authorities and special interests in Hollywood, a simple arrest became a Hollywood-style publicity stunt tailored to appease US authorities.

"We sued the police because we believed their military-style raid on a family with children in a non-violent case went far beyond what a civilised community should expect from its police force. New Zealanders deserve and should expect better."

A police spokesperson confirmed a confidential settlement was reached with the Dotcoms, bringing to an end the civil proceedings, which were set down for a five week trial in Auckland.

She said this avoided the significant costs which would have been incurred had the trial proceeded.