Analysis - From tomorrow morning, anybody in the world who fancies it will be able to watch Kim Dotcom's appeal against his extradition to the United States. What precedent will that set? 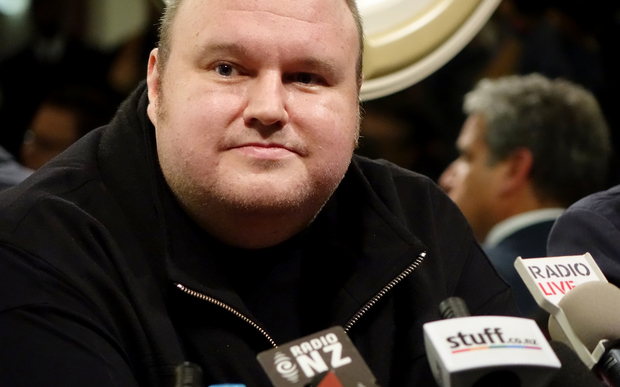 Kim Dotcom's appeal against extradition will be the first time a New Zealand court case has been livestreamed. Photo: RNZ / Kim Baker Wilson

"I'm so hyped for this livestream," @loohney tweeted.

Similar anticipation followed from many of Kim Dotcom's other supporters in the hours after High Court Justice Murray Gilbert granted permission for the internet mogul to livestream his entire appeal against extradition on YouTube.

@DoofDoofson was one of a handful with more realistic expectations of what might be in store.

"[This] is the point where we are reminded how mind numbingly boring court proceedings can be isn't it?" he tweeted at Mr Dotcom.

Justice Gilbert's ruling will make the extradition appeal - which is set down for six weeks - the first-ever New Zealand court case to be livestreamed.

The only other comparable instance is the Royal Commission into the Pike River disaster, when a website was set up especially to host a livestream of the inquiry.

A judge also granted TV3 permission to livestream the re-trial of David Bain in 2009, but the station never followed through with its request after concerns that witnesses might watch it before they gave their own evidence.

Even internationally, livestreams of court hearings are rare.

The most high-profile instance - and one that Mr Dotcom's lawyers pointed to - was the murder trial of South African athlete Oscar Pistorius, when several media organisations were given permission to stream the hearing. 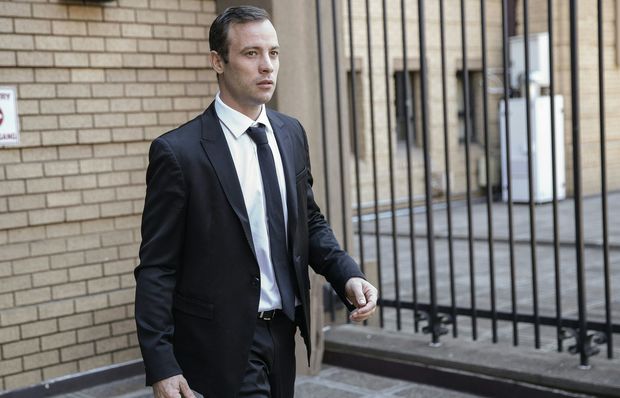 The murder trial of Oscar Pistorius is one of a handful of cases globally to be livestreamed. Photo: AFP

But while it might be a New Zealand first, Auckland University law professor Bill Hodge said Dotcom supporters preparing themselves for a full Boston Legal experience might be disappointed.

"It's not going to be transformative entertainment... It'll be duller than dishwater."

Justice Gilbert has not yet released his reasons for granting the application, but Dr Hodge said the nature of the hearing could be one factor.

"This is not a trial. There's no witnesses, it's just argument on what the lower court judge did."

For that reason, the decision was unlikely to result in a sudden deluge of court livestreams, he said.

"I don't see it happening in trials because witnesses would be exposed. [So] I don't see it as a huge precedent and I don't see it catching on for other reasons, because it's just not going to be good television."

David Harvey was the original district court judge in the Dotcom case but had to step down after making a joke about the US at an internet conference.

It was good for justice for people to have access to court through a livestream, he said.

"It's great because it means the courts are using up-to-the-minute technology to enable people to see the business of the court."

There would not be many countries that would allow it, he said.

The livestream of the appeal hearing will be subject to a 20 minute broadcast delay. Photo: RNZ/Diego Opatowski

A report to Chief Justice Sian Elias last year reviewing the court media guidelines concluded that livestreaming was unlikely to become the norm in the near future.

"Save for the most high profile trials which only arise occasionally, it is unlikely that the media would be prepared to meet the costs of livestreaming," the review panel said.

Judges and lawyers would also need to be aware of the livestream, "to avoid footage being broadcast which is prohibited or in breach of the guidelines".

"There would also be the risk that an order excluding witnesses could be defeated if witnesses were filmed continuously. The evidence those witnesses were prohibited from viewing would be available through the livestreaming."

Justice Gilbert said today that most of those problems did not exist as far as the extradition appeal was concerned.

However, he still imposed several conditions on the Dotcom livestream.

They include a 20 minute broadcast delay, to give the court leeway to stop the livestream when lawyers were talking about suppressed material; and a promise from Mr Dotcom and his legal team that the livestream footage would be taken down as soon as the hearing ended.

Crown lawyer Christine Gordon, who acts on behalf of the US, was unconvinced by that last condition, saying in court that the footage could be "sucked off" YouTube as it was streamed and made available later on.

That fear does not seem entirely unfounded - Mr Dotcom tweeted after today's hearing that he expected to see "brilliant edits" of the footage from those watching.

Now that live streaming is granted you can dig into this corrupt case. We'll see brilliant edits & stories from the Internet generation ⚖

The reasons for livestreaming that his lead lawyer Ron Mansfield put forward in court were much nobler.

"This is a case of the internet age and as such has attracted significant academic and media interest," Mr Mansfield said.

The issues being discussed could set both national and international legal precedents, he said.

"However ... the chances of such interest being satisfied by the necessarily brief footage by television or radio is negligible."

"I'm totally in support of justice being transparent. All Kim Dotcom is saying here is, 'I want this to be seen.'"

Mr Dotcom sure does.

"We are going to smash the US extradition case," he tweeted. "I would love for you to witness the embarrassment."