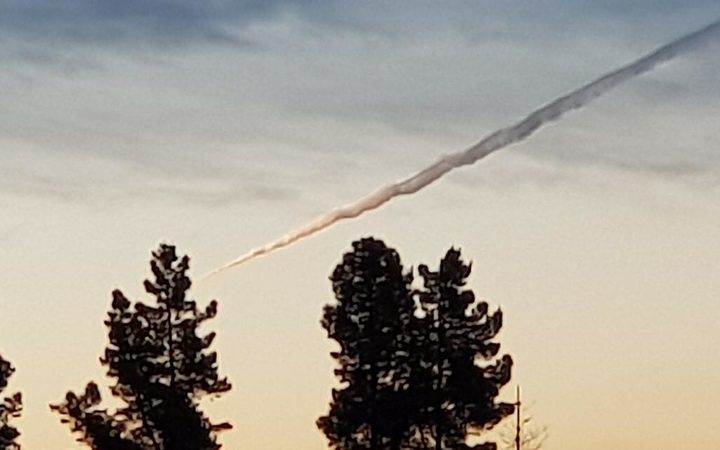 Photos taken about 6pm yesterday from North Canterbury show what looks like a massive smoking object hurtling from the sky.

Pictures of the object have gone viral over the internet.

Other media are reporting the incident to be a suspected sonic boom or meteor.

Lisa Murray, from Rangiora, was at home looking after her family's animals when she heard an unusual sound.

"I just actually had gone outside to feed my animals ... and I looked over out to the west and saw this odd thing coming from the sky.

"I did hear a noise, at the time I didn't even think it was a sonic boom but now that people have mentioned that that's what it was, it makes sense.

"I wasn't really sure, I heard a bit of a rumble and then heard what, the best description would be, dropping a boulder or something really heavy into the back of the truck, that sort of big really loud bang noise."