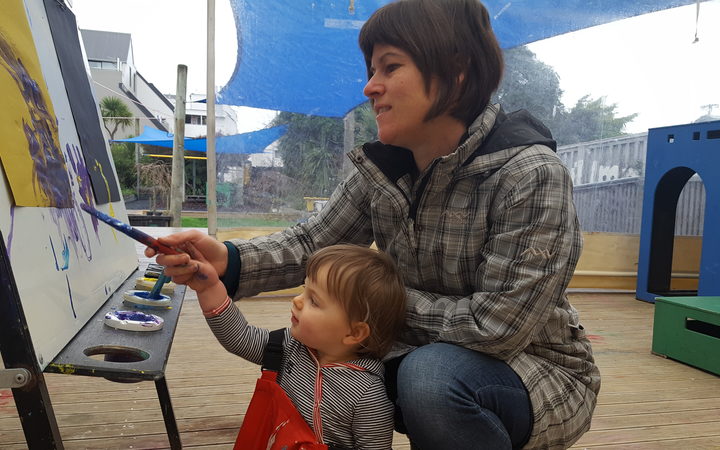 The move follows years of falling enrolments and complaints about inadequate government funding for both groups of early childhood education providers.

It is expected the change will bring significant savings and a stronger voice to national early childhood education debates.

That was despite the overall number of children in licensed early childhood education increasing by about 30 percent, or 50,000 children, in that same period.

Playcentre Federation co-president Susan Bailey said fewer parents were staying home with their children and running costs had been growing.

"Besides playgroups, Playcentre, as a parent-led organisation, is the lowest funded early childhood provider so we rely a lot on volunteers and it was becoming harder and harder to meet the requirements that were put upon us," she said.

Ms Bailey said if the federation's 32 member associations amalgamated, the resulting national body would take over a lot of the work currently done by individual playcentres.

"The operational structure which has been created will enable centres to truly operate as a parent cooperative in making the decisions for their centres and the staff will be able to support them in that role by doing the compliance and ensuring the paperwork is completed and the regulations are met," she said.

Playcentre Aotearoa general manager Alasdair Finnie said amalgamation would create an organisation with a turnover of about $20 million a year, assets over more than $80 million and about 1000 staff, most of them part time.

"I think it will give an enormous strength to the Playcentre movement and position it really well for the future," he said.

Mr Finnie said each Playcentre association would hold annual general meetings and vote between now and October on whether to amalgamate.

She said the associations would vote at a national meeting at the end of August on whether to set up a single organisation. If the proposal was approved, each association would hold an annual general meeting to decide whether to join the national body.

A letter to parents from one of the member associations said the 25 associations had a combined annual turn over of about $230 million and Clare Wells said combining should save a lot of money.

"Our associations are all required to do pretty much the same thing. So they're all employers, they all have property portfolios, they receive the government funding and so on. So we're looking to see whether there are economies of scale that could be made by having a single organisation," Ms Wells said.