Industry groups want to triple the number of school-leavers who sign up for apprenticeships, despite increasing competition among tertiary institutions for a falling number of teenagers. 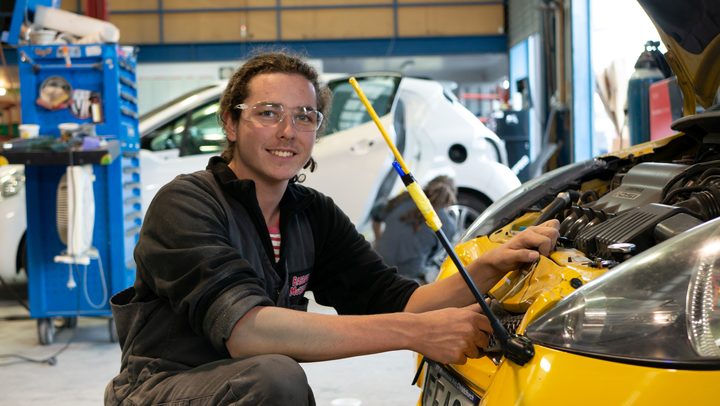 The Industry Training Federation said only 4 percent of young people went from school to trade training, and it hoped to raise that figure with a new "Got a Trade? Got it made" campaign launched today.

Federation chief executive Josh Williams said it suspected a lot of teenagers were not getting good advice about their options.

"Twenty-five percent of our new trainees and apprentices last year had a degree and 55 percent - as in over half - were already tertiary qualified," he said. "Our point is, you could come to us first."

Some trainees said they wished they had been told about trade training as an option before they left school, Mr Williams said.

He acknowledged that trade training was competing directly with tertiary institutions for a falling number of school leavers.

But Mr Williams said financially the numbers stacked up for apprentices.

"We published research last year and we've got some new data coming up that's really showing that the earnings are pretty good and your financial situation looks very strong if you do avoid that student loan," he said.

"It's better than fees-free, you get paid, you're in a paying job," he said referring to the government's policy of covering new tertiary students' first year of fees.

Fiona Kingsford, chief executive of industry training organisation Competenz, said businesses were struggling with skill shortages and the number of school-leavers going into trade training needed to be a lot higher than 4 percent.

"We need to triple that. Even for ourselves in my sectors like engineering, refrigeration and air-con, those sectors are all in massive growth. I currently have about 10 percent coming into my areas, I'd like to see that double," she said.

Ms Kingsford said the "Got a Trade" campaign was aimed not only at teenagers but also at the people who advised them.

"A lot of the decision-making is aided by parents and family members," she said.

"A lot of the time it's what mum and dad know of those industries."

"Most of my life I sort of just assumed I'd go to university. I always thought I'd end up studying history or something to do with music. But as I got close to the end of my high school days I sort of started thinking whether university was actually for me and whether I wanted to come out the other side with big student loans," he said.

Mr Pattie said he decided to "earn while I learn" and his parents were supportive.

"I definitely don't regret it. I'm really enjoying it. I've learned so much already," he said.

"If your heart's not set on university and you're not quite sure what to do I'd definitely look at getting a trade."