The Commerce Commission will take the controversial ticket reseller company Viagogo to court, saying it breached the Fair Trading Act. 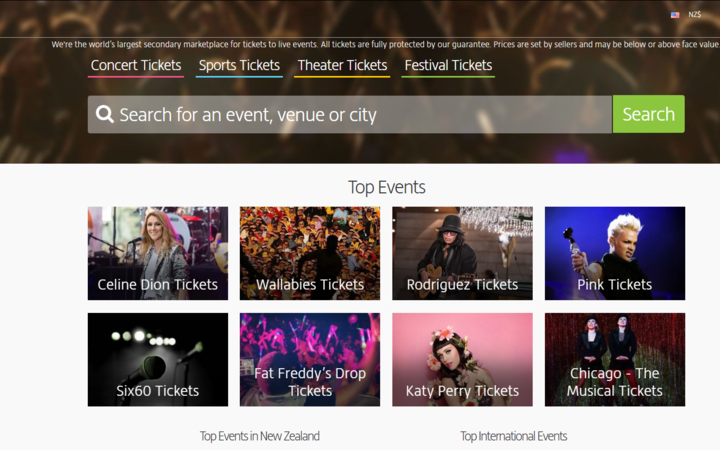 Viagogo is a website used by people to buy and sell tickets to events and concerts.

Since January 2017, the Commission has received more than 400 complaints about the Switzerland-based website, many to do with the selling of fake tickets.

Consumer NZ chief executive Sue Chetwin said she was pleased the Commission was taking Viagogo on.

"Their practices are ruthless and possibly fraudulent so we think it's great."

"Google has said they're not allowed to call themselves an official ticketing site, but if you search any event or sports game - they come up so you think you're buying through a ticketing site."

"They're based in Switzerland and they are very shadowy and difficult to deal with - we've never been able to get hold of them... They don't have those sort of activities because they're trying to be an honest business."

She said while a win for the Commission may not stop Viagogo from trading in New Zealand, it would make it harder for consumers to be ripped off by them.

"What it will do is make them trade more honestly so that when they have the price of a ticket - then that will actually be the price you pay for it and they will have to show that they've got real tickets - as opposed to fraudulent tickets or children's tickets masquerading as adult tickets," Chetwin said.

"I think this will give consumers reassurance that if they buy tickets through Viagogo they'll be able to get into the event and they're paying the price which they saw advertised on the site."

The Commission will take the case to the High Court arguing Viagogo claimed it was an official seller when it was not, that it made misleading claims about the availability of tickets, and that the advertised pricing for tickets was incorrect.

It wants declarations that Viagogo has breached the Act and an injunction stopping it from committing further breaches.

Viagogo faces similar court action in several countries including the UK and Australia.