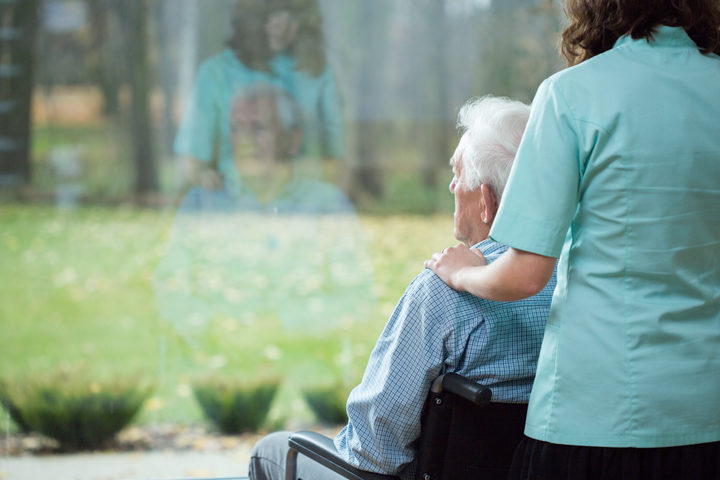 The Aged Care Association said yesterday that nursing vacancies in rest homes have reached a record level - 500 or 10 percent of the 5000 nursing positions in rest homes.

Its chief executive, Simon Wallace, said he expected the number of vacancies to rise as rest home nurses were lured to better-paying hospital jobs in the wake of a government agreement to provide 500 extra hospital nurses as part of a pay deal and a new government accord with nurses.

"Where will these nurses come from?" Mr Wallace asked.

"Not the graduate pool. They'll move from the aged care sector, and already are. Potentially, we're looking at being down by up to 1000 nurses in a very short space of time. That's unsustainable."

She said she still felt guilty about not spending time with an elderly patient who was alone and near the end of his life last December.

"I had a particular resident who was in a lot of pain who could barely talk. He would just nod."

She said he appeared to want her to sit with him last December, but she had to continue on her medication round.

"He just showed us that glazed look in his eyes and, yeah, and I was just rushing to get this medication."

Rachel said the man died not long after, and she still cannot shake the worry that she failed him.

"At that very moment, with that old man, I failed as a nurse and I guess that's probably why I still can't forget it."

"Every day we hear stories from nurses who are really just at breaking point around the terrible things that they're having to see and not be able to do anything about because there are no regulated staffing levels in aged care."

He said staffing levels in aged care are mainly set out in voluntary guidelines that are 13 years out of date.

"In that time residents ... they're coming into aged care in a much more frail condition; they're much higher needs so those staffing levels from 13 years ago are no longer appropriate."

Mr Wait said that needed addressing along with better pay. The union recommended a starting rate for new graduate nurses in aged care of $26.54 an hour, with a pay scale rising to $35.84 an hour, he said.

He said some rest homes, such as Ryman Healthcare, were paying that or just above that amount.

"What this shows is that some aged care providers are able to pay their nurses fairly."

A Christchurch resthome co-owner and nurse, Rhonda Sherriff, said the gap between rest homes and public hospital pay rates was between $6 and $10 an hour.

She said many resthomes that did not have occupational right agreements in village complexes could not afford to boost nurses' pay.

"Most facilities are running really to the line as far as that goes."

"I believe it's a pay parity issue and they need to be acknowledged for the hard work in our sector as well."

The district health boards' lead chief executive for aged care, Chris Fleming, said it was a "perfect storm" with less ability to attract overseas nurses because of an immigration policy change, combined with the government pledge to boost hospital nursing.

Mr Fleming said DHBs would be "very supportive" of aged care providers' goal of reversing a 2016 immigration policy change, so nurses could once again be included in a Long Term Skills Shortage category, to provide migrant nurses with greater certainty in this country.

He also said he had met with rest home providers last week to discuss the nursing shortage and would be working with them urgently to gather facts and find a solution.

Mr Fleming added that DHBs had agreed on a 2 percent funding increase in July with rest homes but had agreed to look at this again after DHBs settled their employment dispute with nurses.

The nurses' union is to announce early today (Tuesday) whether DHB-employed nurses have accepted the latest DHB offer.