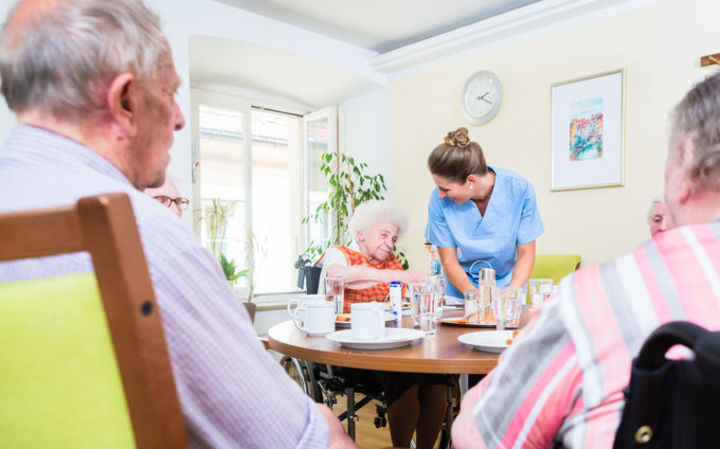 From July, about 55,000 mostly female care and support workers will receive a pay rise of between around 15 and 49 percent, depending on their qualifications and experience.

The aged care sector has often struggled to attract and retain skilled workers, and there have been warnings of future shortages as the population ages.

The managing director of Bupa New Zealand, Jan Adams, said because caregiving work had historically been low-paid, it had not necessarily been seen as a positive career choice.

The higher wages provided in the settlement could result in more people considering it as an option, she said.

"I think one of the things it could do is attract people to be caregivers, and maybe also see it as an opportunity in terms of wanting to go on perhaps and do further study and training," Ms Adams said.

"Down the path, these people often want to go on and become registered nurses."

With a better base salary, Ms Adams said going on to do further study could be a financially viable option for many more people.

"I think it will help make caregiving a more valued and attractive option for a lot of people to work, which can only help deliver ultimately better care for the people who need it."

In the longer term, being able to attract those higher skilled workers will improve the level of care being offered across the country, he said.

Some rest home residents were being warned they could have to pay an extra 10 percent in fees following the settlement.

Health Minister Jonathan Coleman said the government was funding the bulk of it, but some residents of homes could face higher fees.

"That could possibly rise - that depends on negotiations between the aged residential care sector and the district health boards.

"You've got 11,000 out of 33,000 rest home residents who aren't subsidised - for those people it's possible that there'll be an increase of six to 10 percent over five years."

The aged care company that Kristine Bartlett took her original claim against, Terranova, said the pay increase would mean residents would get a better service in the future.

However, it also warned that fees could rise as a result.

Terranova executive director Terry Bell said the company needed to see the details of the settlement but it was likely some clients' contributions would increase.

"That is means-tested so I suppose if they have the ability to afford to pay then clearly the government is asking them to contribute to this solution."