A second group of New Zealand firefighters is heading overseas to help combat a growing number of wildfires in Canada. 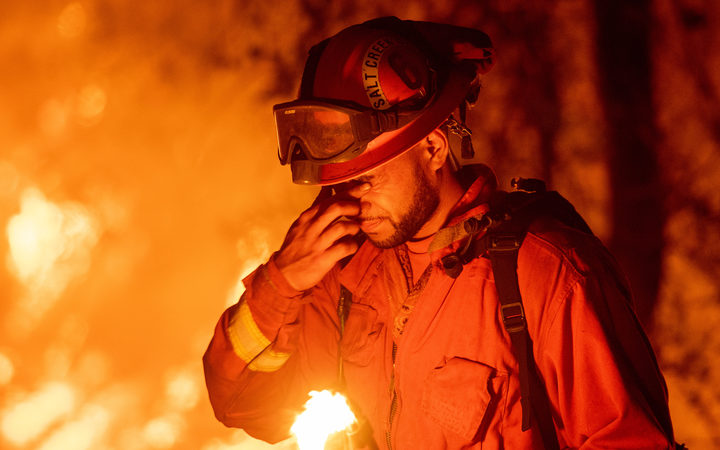 A group of New Zealanders have already been sent to help put out California fires. Photo: AFP

Last week, 36 firefighters went to the United States to help with fires in California.

Fire and Emergency rural national manager Kevin O'Connor said New Zealand had agreements with Mexico, the United States, Canada and Australia to help in circumstances like these.

New Zealand could probably afford to send another 50 personnel before the local workforce would be put under pressure, Mr O'Connor said.

The crews going to Canada would get one rest day after arriving, before getting started, he said.