More than 30 New Zealanders are going to fight wildfires ravaging California in the United States. 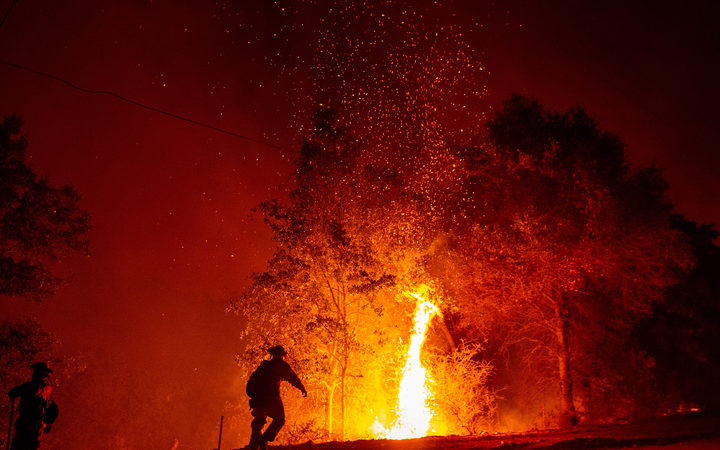 Firefighters monitor a backfire during the Carr fire in Redding, California Photo: AFP

They will most likely be deployed to northern California, where the biggest blaze, the Carr Fire, has destroyed more than 1000 homes and killed six people, including two firefighters.

The team, which is made up of firefighters, defence and Department of Conservation personnel and contractors, will have to work 12 to 14 hour-long days in extreme conditions.

For Dale Willhelm, this will be his first overseas deployment.

He said he was fully aware it would be tough.

"The conditions are going to be really extreme, they're going to be probably as bad if not worse than anything we've seen in New Zealand.

"We train to be prepared for those eventualities and to actually go and experience them will be ... really good for us to bring that skill ... back to New Zealand."

One of the key challenges for the team will be the strong winds, low humidity and hot temperatures, about the mid-30s.

Each member will have to work 14-day shifts with only two days off in between.

Mr Willhelm said he found out he was going on Tuesday.

"It's all happened really quickly."

The most difficult part was being separated from his family, he said.

"We should thank them before we even leave, our families who are going to have to pick up everything that we'd normally do while we're away.

US Ambassador to New Zealand Scott Brown met the team near the airport before they set off.

Mr Brown happened to be catching a plane at about the same time as they were due to leave and talked with them.

"I just wanted to say, 'thank you,' to do it safely, to say how proud we are of them and for taking time away from their fire stations and families.

"At the end I told them when you get back, we're going to have a big bash at my house to thank you, so they ... really perked up after that."

The team will spend 42 days there as a part of a reciprocal agreement with the US, Australia and Canada to provide help when it is needed.