Prime Minster Jacinda Ardern has been greeted with cheers and song after arriving back in Wellington today.

She was cradling baby Neve as she walked through Wellington Airport.

A choir from Nelson's Nayland College erupted into song as Ms Ardern, Neve and her partner Clarke Gayford arrived.

Ms Ardern said she was spending the weekend getting her official residence, Premier House, ready for the baby.

She said her focus this week would be mental health issues, employment and trade. 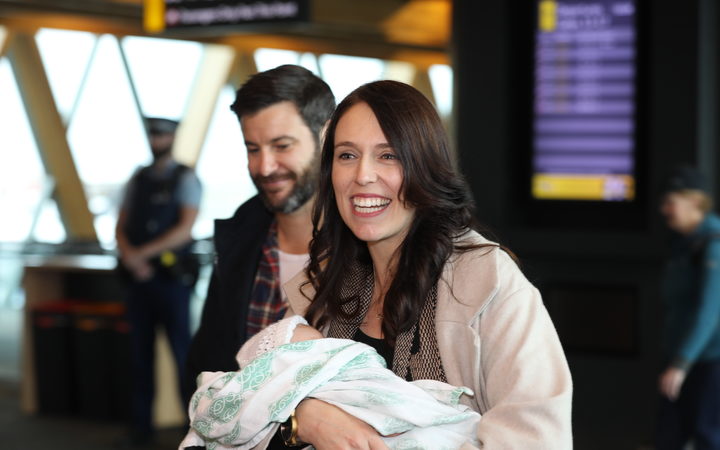 "I think we're hostile to their views."

"There was no grounds on which to block them from coming here. I think you'll see from the reaction they've had from New Zealanders that their views are not those that are shared by this country and I'm quite proud of that." 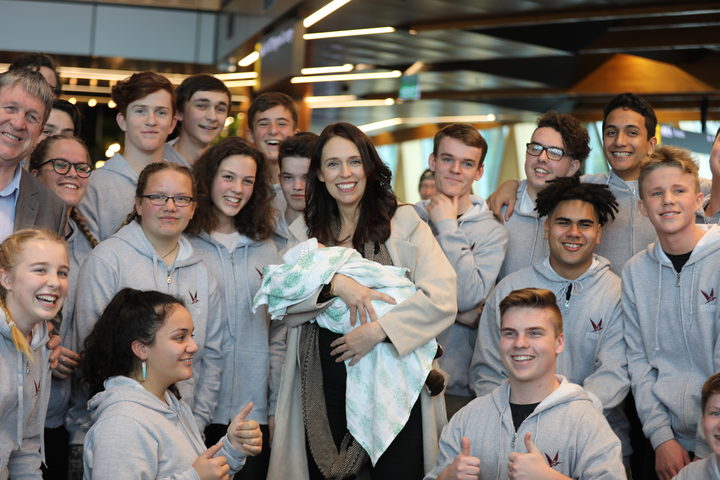 Students from Nayland College sang the family a song as they arrived in Wellington. Photo: RNZ / Rebekah Parsons-King