Power Play - As I arrived at work today I saw a senior New Zealand First staffer with a grin from ear to ear, elated the six weeks with Winston Peters in charge had not gone off the rails. 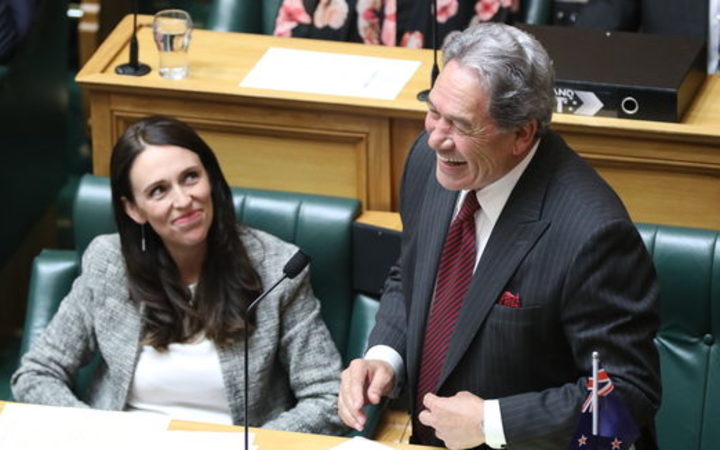 "Don't jinx yourself", I warned, "you still have to get through to midnight!"

At the strike of 12am, Jacinda Ardern formally becomes prime minister again after six weeks off on parental leave.

The symbolism of the timing reinforces the swiftly changing and radical transformation of the political landscape in the past year - Ms Ardern's imminent return marks a year almost to the day of her ascension to the position of Labour party leader.

A year ago today I became the leader of the Labour Party. Two things stand out - how fast a year can feel even when a huge amount changes, and just how lucky I am. I have the privilege of working alongside amazing people everyday. So to them- thank you and see you soon!

The announcement of her pregnancy and that Mr Peters would take over for six weeks all happened against the backdrop of the new coalition government finding its feet and ramping up to deliver its 100-day policy programme.

Ms Ardern had to put her trust in Mr Peters to keep things ticking over while she was away; she still read Cabinet papers but it was down to Mr Peters to lead the government during those six weeks.

There were some skirmishes in the week before he took over, including the revelation he would sue senior members of the past and present government.

Many of the challenges, however, were sheer logistics - would he still do the Prime Minister's regular media interviews, including the wide ranging Post Cabinet briefing that can last more than half and hour, and how would the staffing and accommodation arrangements work.

Mr Peters did fulfil those duties - there was a falling out with Newshub's AM Show where Mr Peters was given the wrong time by his office, turned up and was not allowed on air.

There was a stand-off for several weeks - a vacuum the New Zealand-based Sky News correspondent took advantage of, offering Mr Peters an early morning spot which he took up.

In Post Cabinet and in the "scrums" with press gallery reporters he would field a range of questions - the amount of actual information imparted and the general attitude of Mr Peters varied depending on which reporter he was answering.

He did resist the temptation of any all out brawls with the press gallery, which was always going to be the main danger for his six weeks as acting PM.

He has dealt with the nurses' strike and more recently demanded urgent advice on synthetic cannabis from key ministers, offering to take a bi-partisan approach on that and the medicinal cannabis bill before the House.

All in all, he has been at his pin-striped best - it was always in his own interests to do a good job.

New Zealand was an interested observer during the six weeks to exchanges between the US President Donald Trump and countries like Iran and China; the one major issue Mr Peters dealt with personally was the detention of a young man in Australia, as the trans-Tasman relationship continued to be challenged.

Ms Ardern is returning a few days earlier than planned so Mr Peters is free to travel to Singapore for meetings smoothing the way for the APEC and East Asia Summits later in the year.

There is already a stack of announcements for her to make on her first week back, on employment, mental health, trade and the environment, as she has told people via Facebook in the last few days.

The ninth floor is now working to get everything back to the state of "normal" no-one could have predicted a year ago.