The Department of Conservation (DoC) is being accused of unlawful discrimination by charging foreign tourists higher fees on Great Walks. 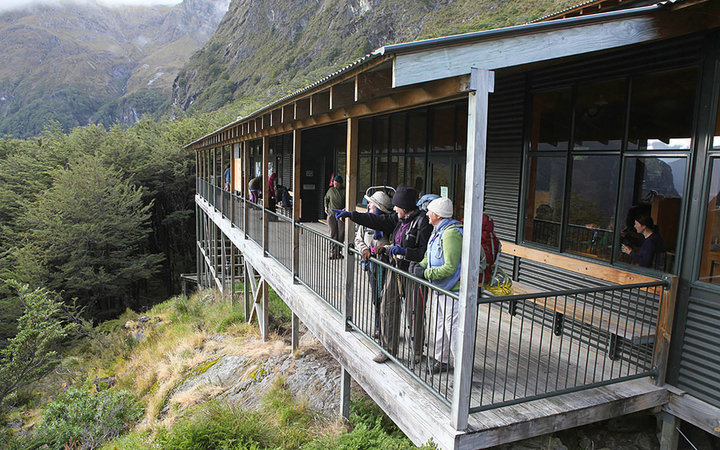 New Zealand expatriate David Faulkner said his Australian wife Wendy would have to pay twice as much as he does to tramp the Routeburn in Fiordland National Park later this year.

Mr Faulkner, who lives in Sydney, is known for campaigning against rules that discriminate against New Zealanders in Australia.

He has lodged a complaint with the Human Rights Commission over the fees.

"I'm against discrimination whether it's New Zealanders in Australia or against Australians in New Zealand.

"We went to buy hut tickets on the Routeburn and my wife Wendy being an Australian has to pay twice the price that I do."

The fee for his wife would be $130 a night under DoC's differential pricing trial that runs from this October to April.

There was no exemption under New Zealand human rights law to allow this, Mr Faulkner said.

"Seems to me it's purely economic, just a money grab from foreign tourists.

"And from what I can gather from the government's own guidelines, purely economic reasons is not an excuse to discriminate."

DoC's differential pricing has already got online comments on The Guardian Australia website.

"Nothing short of despicable to charge visitors at a different rate than locals," one post said.

"Leaves a really bad taste in one's mouth. Apart from discrimination issues it's also manifestly unfair. Better to use what The Louvre and other famous tourist attractions do and have a set rate for all."

"They should charge more," another said. "The more you charge the less riff raff you get. I wish they quadrupled the charge."

Arguments raged over whether it was fair because tourists had not paid any New Zealand tax to maintain the tracks.

The Human Rights Commission said any complaint was confidential.

It offered to mediate, and if that did not work the Faulkners could appeal to the Human Rights Tribunal.

DoC said it was not aware of any complaint.

Differential pricing was part of maintaining a fair pricing system for New Zealanders, it said in an earlier statement.

"The seven month trial from October 2018 to April 2019 will provide information on the effectiveness of pricing as a tool to manage visitor pressure."

Mr Faulkner said $130 a night was "very expensive" for huts with basic facilities. "So we're having serious reservations about it. One of the options is to go out-of-season."