Some tourism operators in the Abel Tasman National Park say visitors will be put off by a doubling of fees for huts and campsites, but that was not necessarily a bad thing. 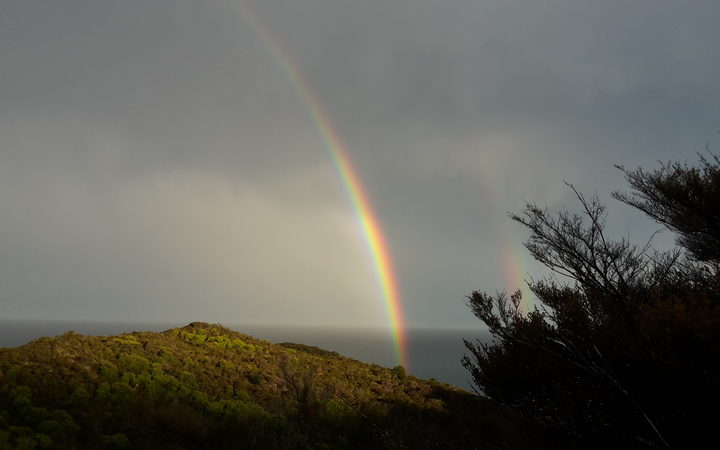 The hills above Anchorage - one of few private enclaves in the Abel Tasman National Park. Photo: RNZ/Tracy Neal

The government announced over the weekend that new foreign tourist fees will help the Department of Conservation (DOC) maintain nine Great Walks, including the Abel Tasman National Park.

Conservation Minister Eugenie Sage, who was in the Abel Tasman over Queen's Birthday weekend, said the fees will be introduced as a seven-month trial from October.

They will apply at: Lake Waikaremoana, Tongariro, Whanganui, Abel Tasman Park, the Heaphy Track, the Routeburn Track, the Kepler Track, the Milford Track and the Rakiura Track.

The cost of staying at a DOC hut in the Abel Tasman for overseas visitors, including children, will rise from $38 to $75 a night and the cost for a campsite will double to $30. New Zealanders under 18 will remain free of charge.

The Abel Tasman was the country's smallest national park and now attracted about 300,000 visitors a year. 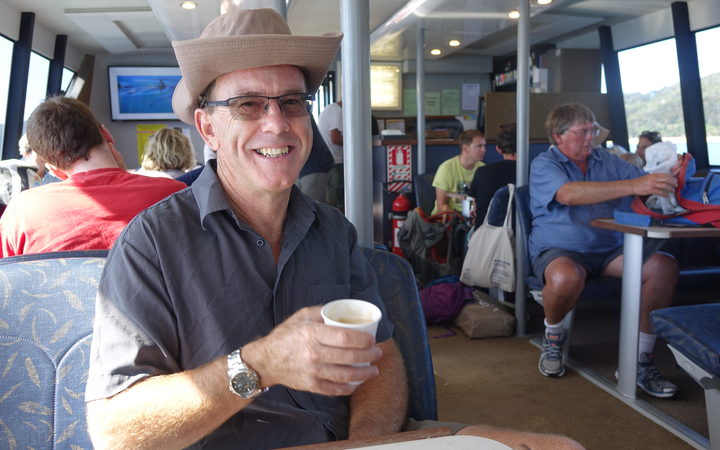 Darryl Wilson on board one of the boats that his company, Wilson's Abel Tasman operates in the national park. Photo: RNZ/Tracy Neal

Darryl Wilson runs a large tourism operation there and said the price hike would likely put some off, but it was a trial of charging for what had historically been subsidised accommodation within national parks.

"I think, as a country, it's timely and probably overdue that we re-assess that," Mr Wilson said.

He believed it was a commercial decision on DOC's part.

"The Abel Tasman's managed, it's got quotas for day visitors through the commercial operators. It's got a finite set of campsites and hut sites, so there is no expectation in my mind that the Department of Conservation is expecting numbers to reduce," Mr Wilson said.

"What they're expecting is to get a realistic revenue stream from those using some of their assets."

Mr Wilson said it had been commercial operators who in the past have had to wear the cost increases through hikes in the concessions and levies they pay, which were embedded in the price of a boat ticket, or in the hire of a kayak.

He said it was only right that DOC moved to a fairer user-pays model.

Other operators agreed, but reckoned a tax at the border would be fairer.

Robert Kay, who owned a bach with his wife in one of the Abel Tasman's few private enclaves, agreed.

"Rather than differentiate between the tourists and the Kiwis they should have just equalised it and charged an additional fee (at the border) and made it fair and equitable across the board," Mr Kay said.

He said tourists should be prepared to pay their share of maintenance costs, not just in national parks but wherever they travelled and used public facilities.

Mr Kay has been visiting the Abel Tasman since the 1950s, and has seen the impact of increased tourism.

"I certainly haven't got anything against them but I do feel that tourism should pay equitably to maintain these facilities, just as we do when we go to other countries," Mr Kay said. 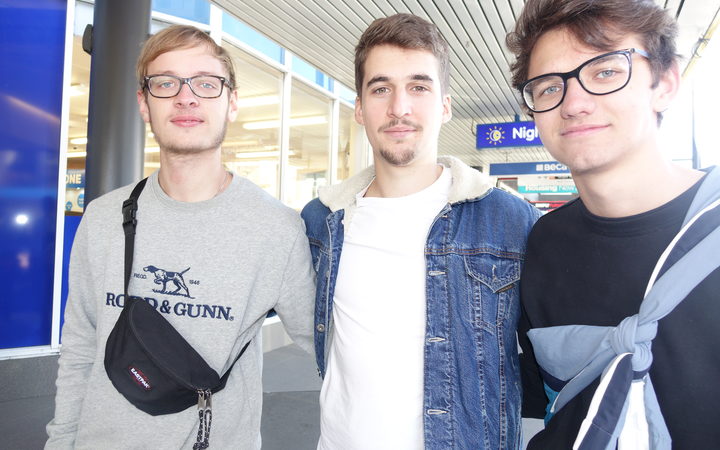 Tourists (from left) Maks Michels, Matthias Widmer and Till Wittmund say it's unlikely they'd pay $75 a night for a hut in the Abel Tasman. Photo: RNZ/Tracy Neal

German tourist Maks Michels, who was on his way with friends to the Abel Tasman National Park today, said it was unlikely he would pay $75 to stay in a hut there.

"Yeah, that's quite a lot. If I think about it, we're already pretty broke at the moment and we need to take care we don't drive too much because the fuel price has exploded in the past two weeks," he said.

They also found food was expensive in New Zealand.

The Department of Conservation said the cost of maintaining the nine Great Walks exceeded the revenue from users' hut fees by up to $3.8 million each year. It expected to recover up to an additional $2.9 million during the trial period.

Mr Wilson said user-pays fees and charges were common around the world.

An annual pass to the Yosemite National Park in California's Sierra Nevada mountains was $US70. A mountain hut fee on the Appalachian Trail can cost up to $US140 a night, but that included dinner and breakfast.