The eels from the Hōkio Stream in Levin used to be a source of great pride for local hapū, Ngāti Pareraukawa, but after years of degradation to the waterway, they are a source of embarrassment and great sadness. 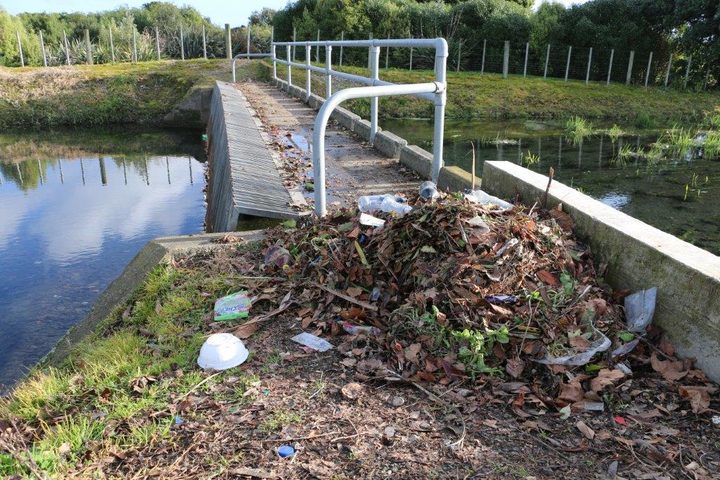 A grate which is supposed to stop rubbish getting through the Queen Street drain in Levin. Photo: RNZ / Kate Gudsell

The Ngatokowaru Marae sits on the banks of the stream, about a kilometre west of Lake Horowhenua, and now the hapū along with other members of the community have written to Environment Minister David Parker asking him to install an independent commissioner at Horizons Regional Council which covers Manawatū-Whanganui.

David Moore has been the treasurer at the marae for 40 years and is the hapū's environmental spokesman. He said for almost as long he had been fighting the local authority, the Horowhenua District Council, over the degradation of the environment, and in particular water quality, which he said had been allowed to happen by the environmental enforcer, Horizons.

The Levin landfill is a bone of contention. The Horowhenua District Council runs the landfill where leachate has been found flowing into the Hōkio Stream and it has breached its resource consents with regard to odour. 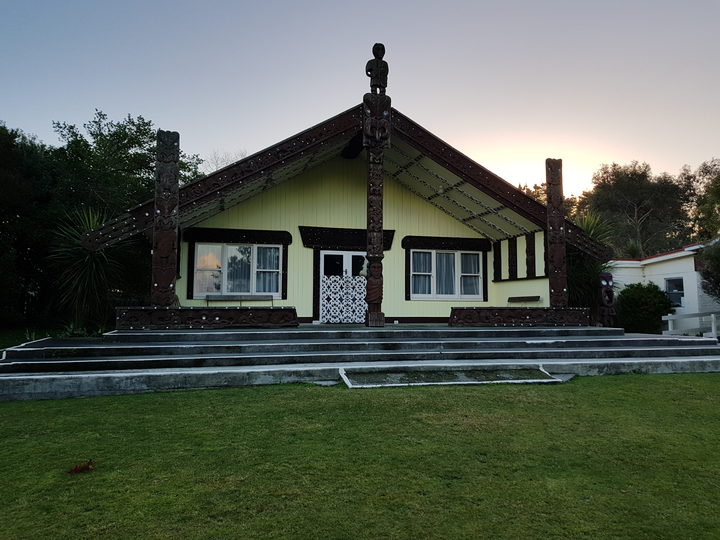 Mr Moore described the Hōkio Stream as a larder and a source of fresh water, but said these days you would not want to swim in it, or even touch it.

"Our marae used to be famous for serving visitors, but in the last few years of course we're unable to do that, it's a source of considerable embarrassment and great sadness."

The Horizons Regional Council is responsible for enforcing consents and punishing breaches, but Mr Moore believes that is not happening.

A recent council report shows only a third of wastewater treatment plants in the region comply with their consents. 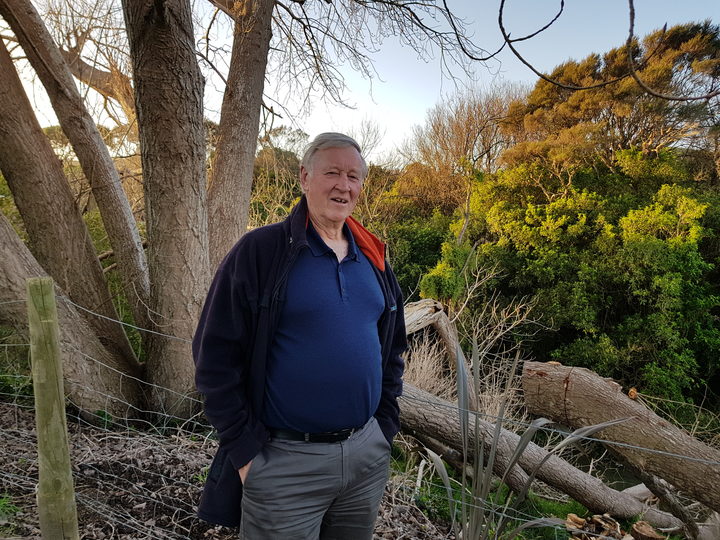 Ngatokowaru Marae treasurer David Moore has been fighting the Horowhenua District Council over the degradation of the environment. Photo: RNZ / Kate Gudsell

Mr Moore said the letter to Mr Parker was the last option for the community.

"Our problem is that we've been complaining to Horizons for so long and so consistently over the last 40 years I suppose, that they just consider us now to be a bunch of whingers and really don't take any notice of us anymore."

Another local, Christine Moriarty, said she had put her name to the letter to Mr Parker because she felt the regional council had allowed degradation of water and land across the region to happen.

"We feel that we've actually been totally backed into a corner, we've an area where the environment is a catastrophe."

They want an independent commissioner installed to work alongside existing regional councillors to make what they call responsible decisions with regard to freshwater and environmental management. 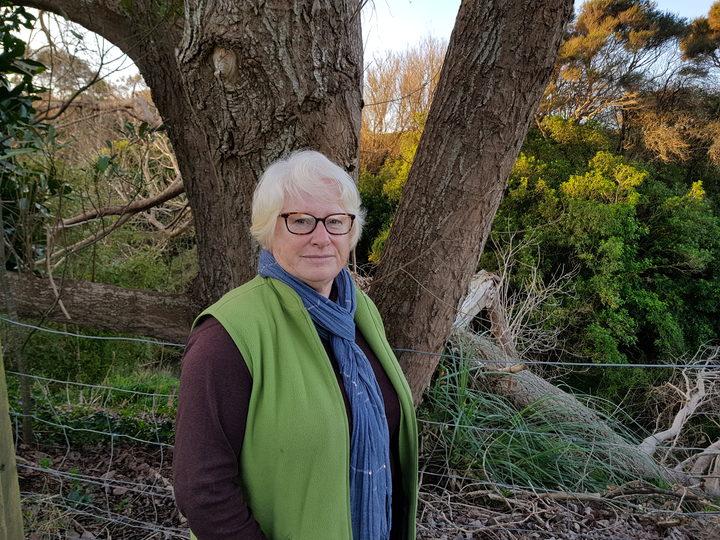 The Levin locals are not the only ones putting on the pressure.

Last month, in a meeting attended by Mr Parker, Fish and Game, the Environmental Defence Society and Horizons, the possibility of installing a commissioner was raised. 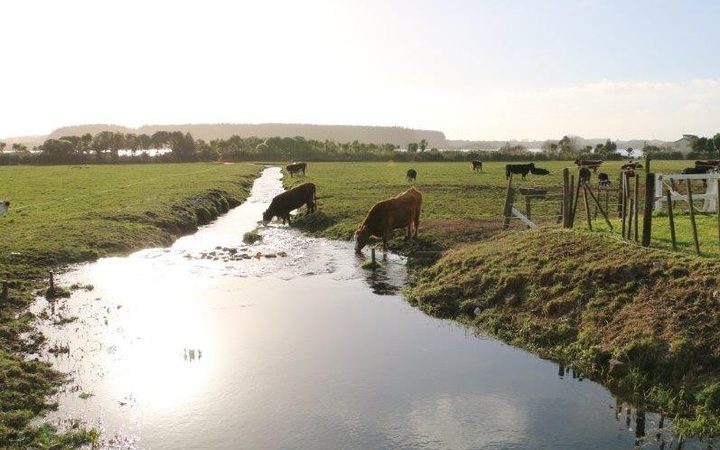 Unfenced cows drinking from the stream that runs through the Queen Street drain into Lake Horowhenua. Photo: RNZ / Kate Gudsell

Fish and Game would not discuss the meeting, EDS did not respond to calls about the meeting and Mr Parker said he is not "actively considering" installing a commissioner.

The two groups have successfully taken Horizons to court over environmental management.

Last year, Horizons had to suspend all new intensive farming resource consent applications for 12 weeks after an Environment Court decision found it was issuing unlawful resource consents, and issuing consent without regard to the environmental effect.

The case was brought by Fish and Game and EDS.

Horizons said Ms Moriarty and Mr Moore have a long-standing contention with the Levin landfill and have been consistent complainants about leachate from the old closed landfill and odour from the lined operating landfill.

It said where there had been solid evidence of the landfill being non-compliant it had taken action. 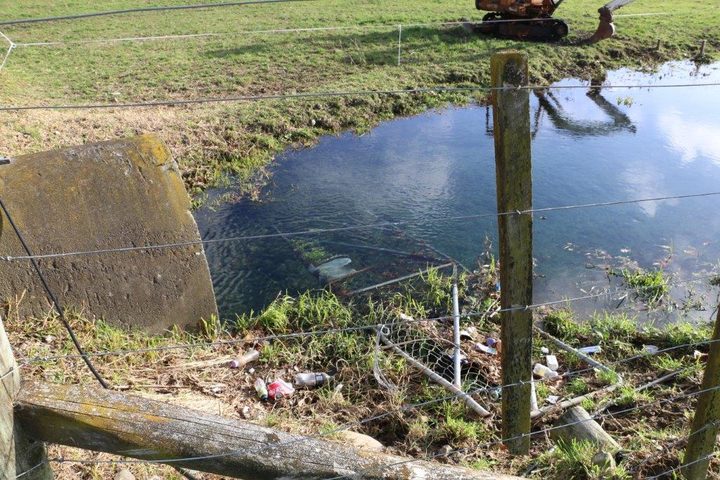 The council also said it was transparent about rates of compliance and its enforcement through public reports to council.

In relation to the non-compliance of wastewater plants, Horizons said it was not good enough and it expected the improved rates of compliance.

Horizon's strategy and regulation group manager Nic Peet said the council was cracking down on consent breaches and a huge programme of work was underway to clean up Lake Horowhenua.

"We'll continue to do our job as a regulator and remain really happy to engage with the community there," he said.