A new public housing development in central Auckland will be able to accommodate more than three times as many households as the 60-year-old high rise it will replace. 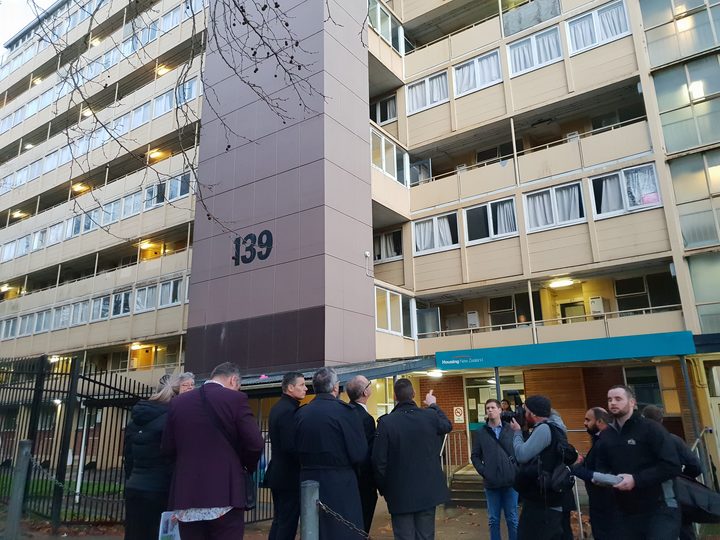 Housing Minister Phil Twyford confirmed the plans for the new development this morning, describing it as state of the art.

The current state housing high-rise that sits at 139 Greys Ave will soon be demolished to make way for 280 new units.

Built in 1957, Housing New Zealand said the high-rise was nearing the end of its life and was no longer fit for purpose. 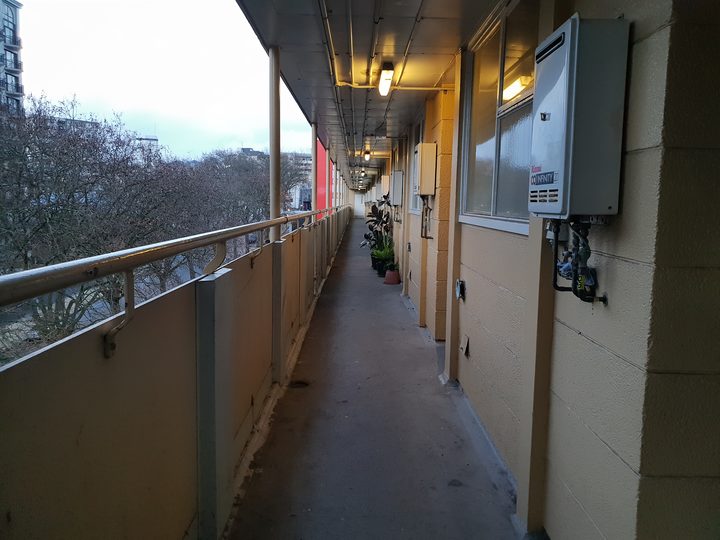 The high-rise will be demolished to make way for 280 new units. Photo: RNZ / Katie Scotcher

The new development, estimated to cost Housing New Zealand a little over $200 million, will be built with the concept of pastoral care in mind.

Mr Twyford said the rental units would be made available for those with higher and lower incomes.

Eighty apartments will be rented out on the open market and the other 200 will become Housing New Zealand homes.

"The whole idea here is that you have a mix of different people living in this complex, people with what you'd describe as high needs, others with not so high needs and then you're going to have, really what's likely, is some key worker housing in the same complex."

Having a mix of people with different needs, combined with good design and easy access is the winning recipe, he said. 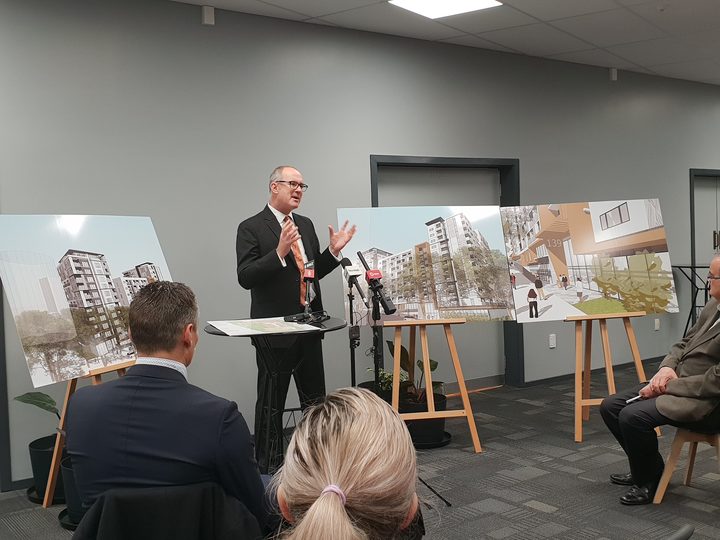 He said in the centre of Auckland there currently are an estimated 500 people who are rough sleeping or homeless.

"This development, along with the Auckland City Mission's big development project that they've got underway, that's going to make a serious dent in the homelessness problem."

The development is one of two Housing New Zealand sites on Greys Ave.